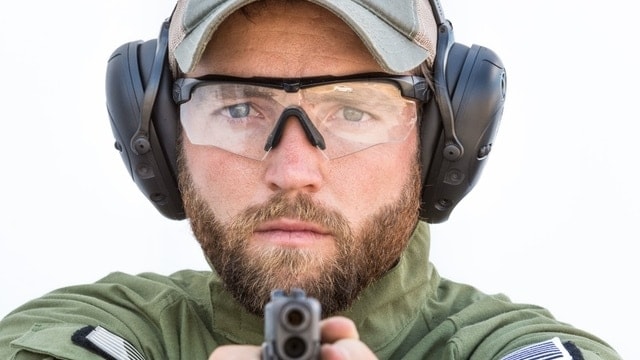 Hearing protection company ProSounds surpassed its initial goal in its Kickstarter campaign this week by reaching more than $90,000.

The month-long campaign set out to raise $15,000 to expand production of the popular M-Series electronic muffs, but after a little more than a week the campaign has blown away that goal with $90,611 raised as of this writing.

M-Series earmuffs are intended for use during any loud activity, but have some special features to appeal to shooters, law enforcement, and military users. The tapered shape is made to accommodate a cheek weld and volume control knobs are built for adjustment with gloves on.

There are two models in the series, the M-2 and M-4. The M-2 has two microphones to amplify sounds under 85 decibels; the M-4 has four. Microphones are recessed and, on the M-4, multi-directional, to enhance situational awareness. Volume adjustment can be done on-the-fly, with each ear having its own volume control. Noise reduction is rated at 25 decibels.

Plug-in ports are included for integration with two-way communication systems, a cell phone, or music. ProSounds and its SportEar division place emphasis on both enhancement of desired sounds as well as hearing preservation.

MSRP of the M-2 is $89. Though the early bird special is past, backers can still reserve a pair of M-2s for a $56 pledge. Just $87 is required to reserve the M-4, which will sell for $139 when released to market. Other reservation options are available, including less expensive options and bulk orders.

ProSounds is no stranger to crowfunding. Its innovative SportEar plugs were brought to market after a similarly successful campaign.