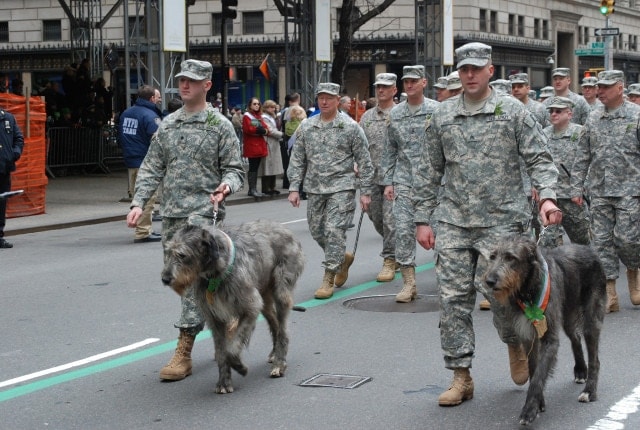 The unit in particular, currently 1st Battalion, 69th Infantry Regiment, dates back to an Irish heritage unit, the the Second Irish Regiment which became the 69th Regiment in the New York Militia in 1851. The “Fighting 69th” was soaked in blood during the Civil War, being virtually destroyed during the Battle of Fredericksburg during which their men carried sprigs of boxwood in their caps.

Reformed, the regiment endured and fought as part of the 42nd “Rainbow” Division in World War I with Col. “Wild Bill” Donovan in charge and poet Joyce Kilmer – the author of the poem “Trees” in the ranks, fought in the Pacific in World War II and in more recent years has pulled tours in both Iraq and Afghanistan.

All the while taking time to show the colors and lead the “Worlds largest St. Patrick’s Day parade” every year for the past 165. As an ode to their Irish heritage they continue to place a sprig of boxwood on their uniforms in remembrance of the Fredericksburg charge, have a morning toast with good Irish whiskey at 0530 that morning, and march with the regimental mascots, a pair of immense Irish Wolfhounds. 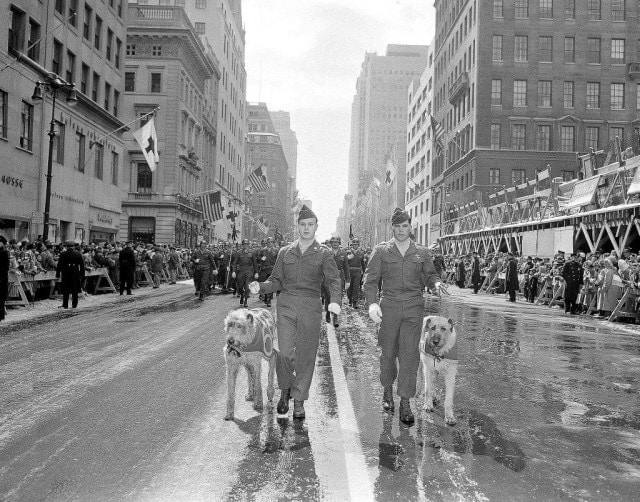 “Leading New York City’s St. Patrick’s Day Parade is a tremendous honor for the Soldiers of the 69th Infantry and all members of the New York National Guard who participate in this wonderful tradition,” said Maj. Gen. Patrick Murphy, the adjutant general of the New York Army National Guard. “It is a chance to show the people of New York their pride in their service and embrace their roots as an Irish-American regiment.”