Preparing for ammo sales in 2016 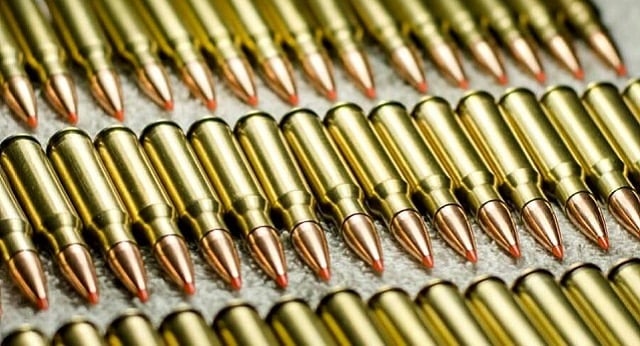 “Buy long” is the advice management with Hornady Manufacturing has for retailers looking to take on an expected increase in demand for ammo this year.

“We advise (retailers) go heavier on their inventory buys earlier in the year when the year looks to be as volatile as this one does. Bottom line, you can’t sell from an empty shelf,” said Jason Hornady, the company’s vice president, in a recent interview with the National Shooting Sports Foundation.

The election year paired with the polarizing political debate on firearms sparked by high profile mass shootings has been driving gun sales to record highs. This year has surpassed 2013, what’s often referred to as a “surge year,” for background checks — what’s used a barometer for gun sales. That same drive in sales also resulted in 2013’s ammo shortage, because of a boost in demand but short supply.

Hornady said retailers should place orders early — 60 to 90 days in advance — so the company can accurately project demand and produce the supply.

“We judge much of what we do by the purchase orders we see, so if you haven’t got it on paper, we can’t project accurately,” he said, adding that the ammo makers needs 90 to 120 days on average for “taking metal to finished product.”

Like many other gun and ammo companies, Hornady is looking to control its growth in 2016 through normal business practices.

“We’re looking for growth, but right now we’re going about business in a rather normal path for us, working through new products and promotions,” Hornady said, adding that his company —  “a premium brand” — has been keeping an eye on on the political climate even though they do not financially benefit from “big and unexpected spikes” like a retailer.

He pointed out his company was doing the same, producing a large amount of inventory at the beginning of the year to meet future demand. According to Hornady, because of the time-consuming nature of physical expansion, that wasn’t always the best way to address “a roller-coaster market.”

While Hornady acknowledged that a possibility of ammunition sales softening exists, given the current political climate he said that was about as likely as him “getting a pet unicorn for Christmas.”

Still, in the event of sales softening due to “an election that’s positive for our industry,” Hornady said retailers should “be prepared to amp up a post-election marketing push and capture more of the same audience that’s already in your store.”

Hornady told NSSF that he expects handguns and concealed carry products “to continue to be a hot item” in 2016, and smart gun technologies — like handgun RFID safes — are also growing. He added the company’s only flat sales area was in their hunting-related products, which could easily change since it’s still early in the year.

Daniel Terrill contributed to the reporting of this piece.