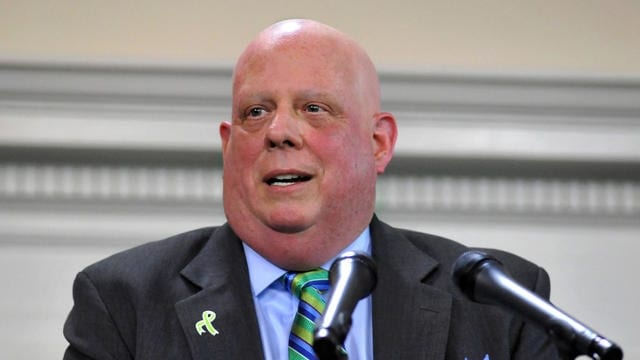 Republican Gov. Larry Hogan could have his first veto decision on a gun control measure if Maryland lawmakers send him a campus carry prohibition this session. (Photo: Baltimore Sun)

The Maryland House of Delegates on Tuesday approved a measure to ban the legal carry of guns on property controlled by the state’s public colleges and universities.

The proposal, introduced in February, passed by a vote of 81 to 54 and has been transferred to the Senate for further deliberation.

Backed by Del. Benjamin S. Barnes, D-Prince George’s, his HB 1002 would make it a crime for anyone besides law enforcement and campus security to carry a firearm, knife, or other deadly weapon on the property of a public institution of higher education in the state. Those found doing so, even if they have a concealed carry permit, would risk a $1,000 fine and up to three years in prison. Other limited exemptions would be in place for those involved in organized shooting activities on campus, such as rifle teams and ROTC units, or in historical activities with permission from the school.

As noted by the National Conference of State Legislatures, Maryland is one of 23 states that leave the decision to ban or allow concealed carry weapons on campuses up to the individual college or university. The new legislation, if adopted, would close that door and require signage posted in prominent locations around campus advising of the gun free zone.

The bill was assigned to the Senate Judicial Proceedings committee on Wednesday.

Should it pass that Democrat-controlled body, it would face as-yet untested Republican Gov. Larry Hogan who, while he has talked tough on gun rights, has not had to back that up when presented with gun control legislation. Further, state lawmakers have shown a distinct appetite for overriding Hogan’s vetoes in recent months.