Federal officials have teamed up with state authorities to search for a 14-year-old girl who has been missing from the Houston area since the weekend and may have witnessed her father’s murder.

The body of Caesar Vladimir Coronado, the girl’s father, was found in a ditch near a rural Walker County road outside of the city Sunday, nearly 100 miles from their home. Police believe Coronado was shot to death before his body was set on fire. His pickup truck, which was also burned, was discovered about 45 miles away in neighboring Montgomery County.

Now, authorities fear for the safety of Coronado’s daughter, Adriana, who was last seen Saturday near her home in Katy, Texas, two days before an Amber Alert was issued. Friends of Adriana said they became concerned after she failed to return phone calls Saturday, the day she had planned to host a girl’s day at her apartment, according to reports from KHOU. 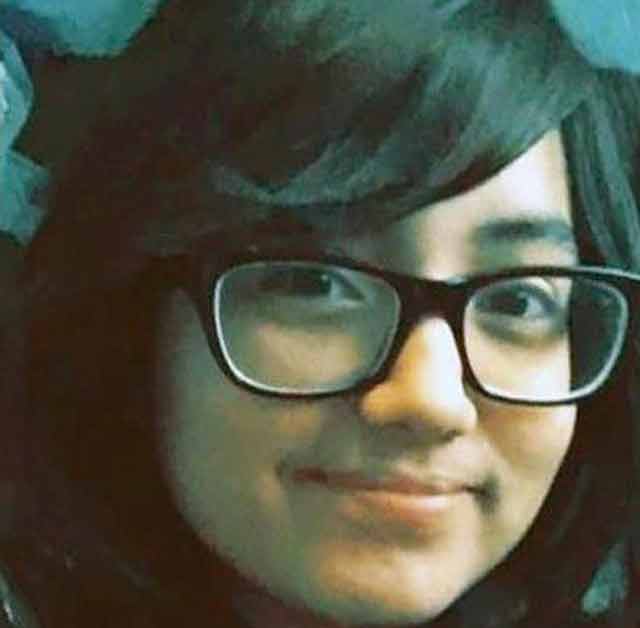 Walker County Sheriff Clint McRae told reporters the day after her father’s body was found that they believe the teen may be in grave and immediate danger. McRae also said they have reason to believe Adriana was with her father when he was killed and that she was abducted. Otherwise, authorities have no motive for Coronado’s murder.

Investigators believe surveillance video taken in Walker County, which can be seen below, may have captured images of the suspect. The man is seen driving Coronado’s truck before he parks it, then runs away. Moments later, the blaze from the truck can be seen. Although his face is not very clear in the video, authorities are pleading with the public to pay particular attention to the man’s body shape, build and posture, as well as his gait.

Anyone with information about Adriana or the man in the video is asked to contact Walker County Sheriff investigators at (936)-435-2400 or Crime Stoppers at (713)-222-TIPS.