Dad shoots intruder who breaks in through daughter’s window 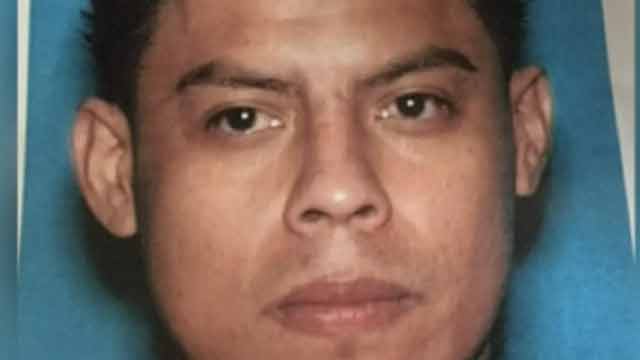 Jose Andres Alfaro Chavez was warned by someone else who caught him breaking into homes that if he didn’t stop, he was going to get shot. (Photo: NBC Los Angeles)

Authorities in Ontario, California, are investigating an incident that left an intruder suffering from a gunshot wound after he broke into a home through the bedroom window of the homeowner’s teen daughter early Tuesday morning.

Arthur Corral told NBC Los Angeles that he awakened to the sound of his 19-year-old daughter screaming just after midnight. Corral grabbed a gun and called 911 when he found an intruder had broke in through the window in his daughter’s bedroom. Corral discovered the suspect, wearing only shorts, crouched down and attempting to hide by a pool table.

As Corral held the man at gunpoint, he told the 911 dispatcher that if the man showed any signs of aggression, he was going to protect himself and his family. The father of five also warned the suspect that if he moved, he was going to shoot him. The suspect acknowledged the father’s statement and agreed to stand still, but didn’t. Corral said the man moved and he fired three shots.

“I had complete tunnel vision. I didn’t know I hit him until he fell on the floor,” Corral said.

When police arrived on the scene, the suspect was transported to the hospital, where he underwent surgery.

The suspect was later identified as Jose Andres Alfaro Chavez, and authorities say he was just released from jail the day before the shooting. They also say this wasn’t the first time he tried breaking into people’s homes either. In fact, before Chavez got to Corral’s home, he had been wandering around attempting to open doors and authorities received another 911 call earlier in the day regarding his behavior.

Elizabeth Martin lives a few blocks from Corral and told local ABC affiliate she has seen Chavez around, trying to break into homes before. She even warned him that he needed to stop before he broke into the wrong home and got shot. But Victor Contreras, who also lives nearby and previously had contact with Chavez, said the man did not appear violent, but instead looked as if he needed help.

Nonetheless, Corral does not regret shooting the man, noting that he had no idea if Chavez was on drugs or anything else, and he was only thinking about protecting his family.

“I’m willing to take whatever consequences they give me,” Corral said. “I feel I was in the right. I’ll be damned if somebody says, ‘You weren’t justified.’”

He said as long as his kids are breathing, he will be there to protect them.

No arrests have been made at this point, and authorities say Corral has been cooperating fully with the investigation.