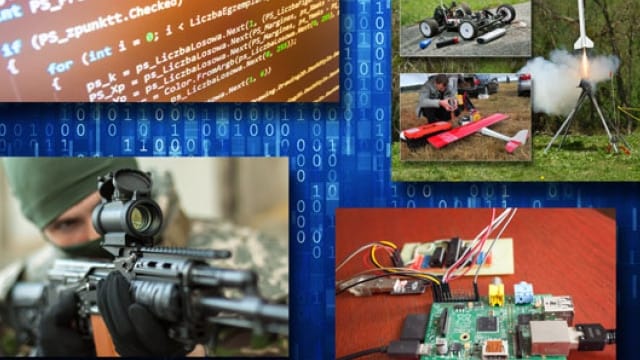 Ever had that one idea for a super weapon built for $99 but never went through with it? DARPA wants you to give them a call. (Photo: DARPA)

The Defense Advanced Research Projects Agency’s “Improv” program wants those who feel they can make mayhem with some off the shelf tech to meet with them.

The program, which invites everyone from engineers to hobbyists to take part, wants to take readily available hardware and software and beat potential terrorists or rogue actors to the punch by coming up with stuff we have never thought of before– and maybe using it first or at least already figuring out how to defeat it before it’s encountered in real-life.

“DARPA’s mission is to create strategic surprise, and the agency primarily does so by pursuing radically innovative and even seemingly impossible technologies,” said program manager John Main, who will oversee the new effort. “Improv is being launched in recognition that strategic surprise can also come from more familiar technologies, adapted and applied in novel ways.”

As outlined in the agency’s Broad Agency Announcement the device or application created by would-be MacGyvers or Tony Starks on a budget would need to be able to move from concept to prototype in a 90 day period.

A Proposer’s Day is set up for March 29, so move fast.