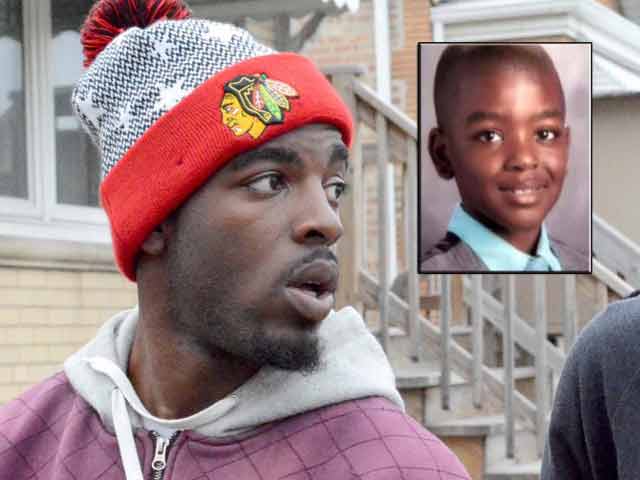 The father of a little boy who was shot and killed, execution-style in a Chicago alleyway last year over a beef between rival gangs was charged Sunday for a triple shooting that occurred earlier this month.

Pierre Stokes, 25, is accused of the March 8 shooting that happened on the city’s South Side and left three people wounded. One man was struck in the right arm, another man was hit in the left arm and a woman’s face was grazed by a bullet. Incidentally, the shooting occurred on the same day Dwright Boone-Doty was charged in the November 2015 shooting death of Stokes’ 9-year-old son, Tyshawn Lee.

Boone-Doty lured Tyshawn away from a playground by promising to get him a juice box and led him into an alley where he shot him point blank in the side of the head. Tyshawn’s murder was in retaliation for another gang-related fatal shooting in which Stokes was accused but has yet to be charged.

The two men injured in the March shooting are known gang members, while the woman is the girlfriend of Corey Morgan, who is also facing charges for the 9-year-old’s murder.

“This represents the challenge that police grapple with … Mr. Stokes, who was involved in a gang lifestyle, ultimately suffered an unspeakable loss with the calculated execution of his son,” said Chicago Police spokesman Anthony Guglielmi. “Despite this, he continued to engage in the same gang activity that started this cycle of retaliatory violence.”

Stokes now faces three counts of aggravated battery with a firearm and unlawful use of a weapon by a felon.