Handguns bought more than any other firearm type 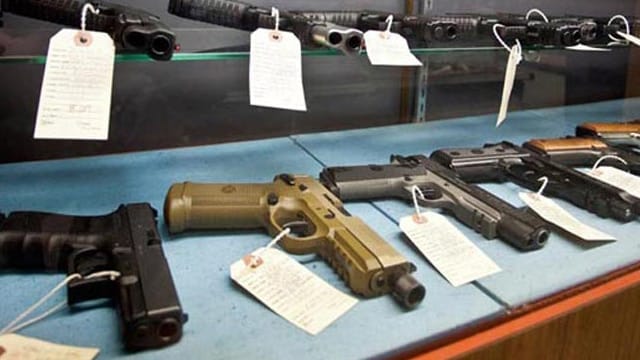 Handguns in a display case.

Handguns were bought more than any other type of firearm during 2015’s shopping season, according to survey results published Wednesday by the National Shooting Sports Foundation.

From November to December, handguns accounted for 45.8 percent of guns bought by hunters and shooters. Rifles — specifically ARs, AKs, and SKS platforms — accounted for 16.2 percent, shotguns made up 10.8 percent, and muzzleloaders 5.8 percent.

Leading brands included Ruger for handguns, Mossberg for shotguns, and CVA for muzzleloaders. The rifles were customized.

The survey, conducted by Hunter Survey, relied on respondents to answer multiple choice questions, so the results may not total 100 percent. The NSSF publishes the results so retailers could better understand the market.

In addition to surveys published by trade groups, the industry relies on the federal background check system to monitor gun sales.

According to the National Instant Criminal Background Check System, December 2015 set a record with in 3.3 million checks, and November resulted in the second best November with 2.2 million checks.