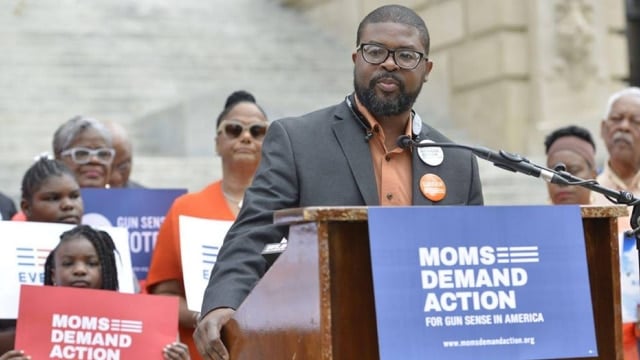 An important Senate committee on Thursday looked past a gun control rally at the State Capitol to approve a House measure to allow concealed carry without a permit.

The measure, which passed the House last month in an impressive 85-33 vote began life as a church security bill to allow those with a concealed carry permit to have a firearm in church. House Judiciary B Committee Chairman Andy Gipson, R-Braxton, himself a lawyer and minister of a small church, was able to add an amendment to allow unlicensed carry of a concealed gun elsewhere in the state so long as it is in a holster or scabbard on the belt or shoulder.

This builds on laws adopted in 2013 legalizing open carry  and one last year to allow for carry in a purse or bag without a permit. Gipson argues that, even if the current bill somehow is blocked due to mounting pressure from national gun control groups, Mississippians will still be able to carry by a number of means.

“If this bill were to die, it would still be legal in Mississippi to carry without a license,” said Gipson. “So I don’t know what the fuss is all about. Which leads me to believe this isn’t about this bill. It’s about Michael Bloomberg’s group trying to come down here and take away our gun rights.”

Blitzing the state with ads complete with Southern drawl and banjo music, social media campaigns and mailers is Moms Demand Action, who contend that 89 percent of gun owners in the state support requiring a permit to carry a concealed handgun in a survey paid for by Everytown, and that Gipson’s proposal will lower the bar for persons carrying hidden guns in public.

“As a mother and a grandmother, I am concerned about dangerous people carrying hidden, loaded handguns in the public places that I frequent with my family,” said Shirley Hopkins Davis, Leader of the Mississippi chapter of MDA, in a statement. “It’s just common sense that if a person wants to carry a loaded, concealed handgun in public, particularly if they are in a place with children, they need to demonstrate they have a clean criminal record.”

Gipson told the Clarion Ledger he feels good about the bill passing the Senate in coming days, which would in turn place it on the desk of Gov. Phil Bryant, a pro-gun Republican whose signature would effectively turn Mississippi into the ninth state to adopt constitutional carry as the law of the land.