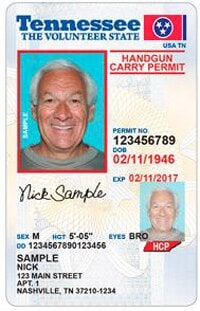 A Tennessee gun group is questioning whether the amount charged by the state’s Department of Safety to issue handgun permits is necessary.

“The question that must be addressed is whether the State of Tennessee has been knowingly running a profit making enterprise when it comes to the Second Amendment protected rights of the citizens of Tennessee and if so, why?” said John Harris, Tennessee Firearms Association Executive Director, in an email to Guns.com.

He said that state charges a $115 application fee for the initial four-year permit, and a $50 renewal fee. Harris argued that because the right to bear arms is a constitutional one, any existing permitting system should be operated at cost, “not at a profit and certainly not at a windfall to state.”

The TFA “obtained” a letter from Department of Safety Commissioner Bill Gibbons to State Sen. Mae Beavers, a Republican from Mount Juliet, that Harris said provided additional data on “how the state has been running a racket and profiteering on the exploitation of charging fees to citizens who desire to exercise constitutionally protected rights.”

The 2012-13 calendar year the state “overcharged” permit-seekers the most: 99 percent. According to Harris’s email, the state collected $12 million, with a little over $6 million in expenses.

Harris questioned why the state “has failed in its public stewardship” to suggest reducing the fees by half, considering the profit and “recurring windfall” the current fee rates are producing.

One solution to the state’s “profiting” on handgun permit fees that Harris suggested was for Tennessee to “adopt a pure Constitutional Carry” law.

Constitutional Carry would allow citizens legally allowed to possess firearms to carry a handgun, whether openly or concealed, without a permit required.

Megan Buell, the Department of Safety spokeswoman, explained to Guns.com via email that the state uses the $115 fee it charged to staff their department’s 71 full-time positions.

According to Buell, 42 of their positions are in the Driver Services Division – employees who help process the applications. The other 29 staff members work in the Hand Gun Division and review the applicants background and determine their eligibility.

The Tennessee General Assembly set the fees the state collects in 1997, when they added an additional $15 to help the TBI maintain it’s fingerprint database, Buell said.

“We feel we have a great handgun carry program that is fair to all Tennesseans,” Buell said in the email.

Buell said the department was “philosophically opposed” to permitless carry “due to the lack of background checks and training.”

Buell told Guns.com that the decision to transfer money to the general fund was governed by the Department of Finance, not her department.

Finance Department Spokeswoman Lola Potter said in an e-mail that funds were transferred from the Tennessee Bureau of Investigation and Department of Safety handgun permit fee reserves at the end of Fiscal Year 2013-14 to address a closing requirement and was authorized by TCA 4-3-1016(d).

That portion of the Tennessee Code authorizes transfers from several fund balances, such as the TBI and Safety handgun permit fee reserves, to the general fund in several fiscal years, including the one that ended June 30, 2014.

According to Potter, the state transferred $6.7 million from Safety and $4.5 million from the TBI reserves to the general fund.

According to the department’s 2014 handgun permit report, the most recent available online, Tennessee issued 131,506 permits — 35 percent of which were originals, 57 percent were renewals, 6.7 percent were duplicates, 0.6 percent were free and 0.1 percent were new residents.

A couple of pieces of legislation being considered by the Tennessee General Assembly this session would reduce the cost of the state’s permit fees.