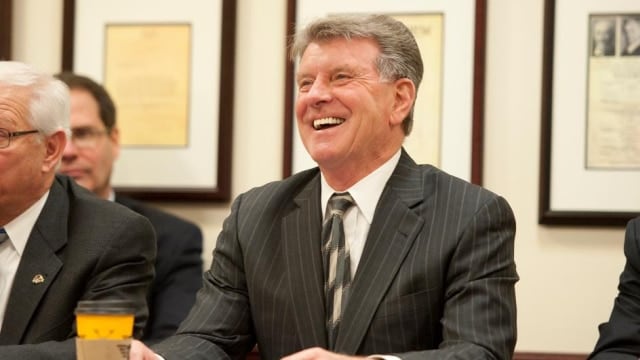 Just a day after passing committee, the Idaho House fast-tracked a Senate bill allowing permitless concealed carry statewide and approved it on the floor in a decisive vote.

Introduced in the Senate on March 7, the bill earned the rapid support of the Idaho Sheriffs Association and chamber Republicans, passing in a 27-8 vote just a week later. After passing favorably out of the House State Affairs committee on Thursday, the bill was rushed to a floor vote that resulted in an easy 54-15 win on Friday despite three GOP defections.

In all, the proposal took just 12 days to move through the legislature, but for some, it’s none too soon.

“This bill’s been a long time coming,” said Rep. Judy Boyle, R-Midvale. “This is a great improvement. I have a neighbor who was able to save her life because she did have a gun with her. A life is priceless, and the Second Amendment is priceless.”

Idaho long allowed permitless concealed carry outside of city limits for those involved in hunting, fishing or outdoor activities and in 2015 dropped the sporting requirement as a prerequisite – however, carry inside cities still requires a permit.

Under the proposed legislation headed to the Governor, carry laws would largely homogenize across the state, allowing those over 21 who are legally able to possess a firearm to carry a concealed handgun statewide without first obtaining a permit, while those between 18 and 20 could still carry them outside of city limits and apply for a permit for carry in urban areas after receiving approved training.

Gun control advocates have been campaigning hard against the measure. As noted by the Idaho Reporter, last Sunday, Everytown placed a full-page ad in the state’s largest newspaper, urging lawmakers to scrap the legislation.

On Friday groups tied to Everytown were urging veto. “Our state’s concealed carry permitting system is emblematic of Idaho’s long tradition of responsible gun ownership – and it’s kept our families and law enforcement safe for the last 99 years,” said Hannah Sharp with the Idaho chapter of Moms Demand Action in a statement.

“By passing this dangerous piece of legislation, our legislature has failed to represent our interests on this front, but there’s still time for Governor Otter to do the right thing,” she said. “That’s why moms across Idaho urge the Governor to stand up for public safety by vetoing Senate Bill 1389 to preserve this tradition.”

Gun rights advocates painted the move by the Idaho legislature as solid victory.

“Another big one in the win column,” Alan Gottlieb, executive director of the Second Amendment Foundation, told Guns.com Friday. “The trend line for Constitutional Carry is very positive. The gun prohibition lobby keeps losing ground. Great way for the gun rights movement to end the week.”