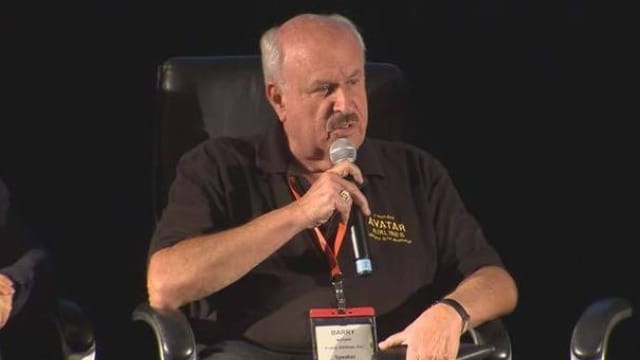 A Nevada businessman is seeking a class action lawsuit against the federal government on behalf of millions of felons currently denied the right to bear arms.

The plaintiff in the case, Las Vegas resident Barry Michaels, served time for white-collar crimes in the 1990s, and is currently running for public office, but can’t legally own a gun.

“It makes no sense to me that I’m able to serve in Congress or even become President of the United States, but ‘me and Martha Stuart’ are both barred for the rest of our lives from owning a firearm to protect ourselves and our loved ones,” said Michaels in a statement. “Something is wrong with this picture. The idea of creating second class citizens contradicts the clear language of the Second Amendment.”

The suit argues that non-violent felons who completed their sentences more than five years ago and have not committed any crimes since release should not be denied the right to own a firearm provided they do not fail the other prohibited possessor tests such as being a drug user, on probation, or dishonorably discharged from the military.

In all, Michaels estimates there could be as many as five million Americans that fit those parameters.

[T]here is no empirical data available or any rational basis to suggest that prohibiting a non-violent felon from possessing a firearm would do anything  to prevent him/her from committing another non-violent crime, nor is there anything…to suggest otherwise,” argues his legal team in their 21-page filing. “The Second Amendment contains no express or implied limitation on the right of any citizen, including felons, to keep and bear arms.”

Who is Barry Michaels?

Michaels, a former chiropractor, is currently running as a crowd-funded Democrat candidate for the U.S. 3rd Congressional District race against a crowded field that includes Republican state Sen. Michele Fiore and Democratic Assemblywoman Olivia Diaz. As part of his platform, he advocates nuclear disarmament, immigration reform with a path to citizenship, forgiving student loans and prison sentencing reform.

The subject of felony convictions in the 1990s for tax and securities fraud in association with a “no-frills” airline venture called Family Airlines, which never took to the air, Michaels served 15 months in prison and has long been pursuing another aviation project, Avatar Airlines, which is seeking to raise $300 million to purchase planes.

His name surfaced again recently as being at one time associated with a non-profit by the name of MiniCare which allegedly fleeced a New Jersey woman of more than $25,000 in donations — though he stresses he cut ties with the group years ago.

As far as raising money goes, while he says in a statement there is no cost to members to join the class action suit, the first link on the website set up for information is on how to join is to make a donation to help pay legal costs.

The case has been assigned to U.S. District Judge Jennifer A. Dorsey.