Felon out on bond meets woman with .357 during break-in 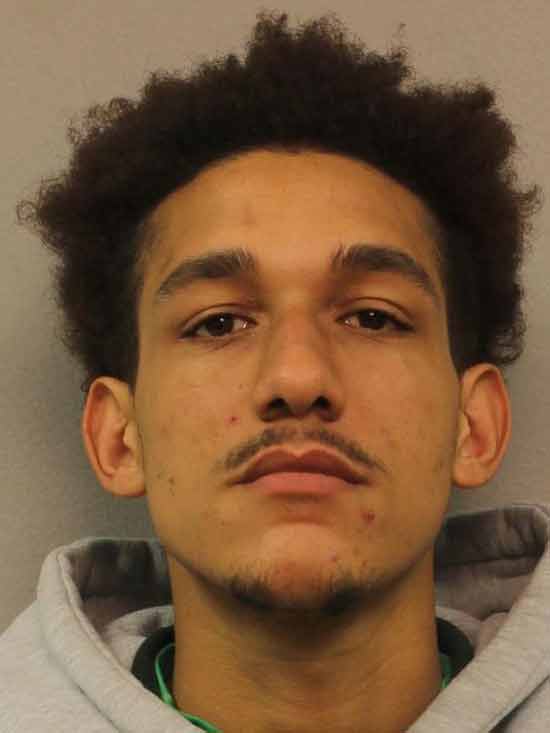 The judge upped the ante on Trenton Hartman’s bond this go around. (Photo: Metro PD)

When a 24-year-old man broke into an apartment in South Nashville’s Antioch neighborhood Friday morning, he likely did not expect to find the woman inside armed with a .357 revolver, but now the suspect is in police custody while he nurses a gunshot wound.

JoShanda Odems, 36, told police she heard knocking at the door to her apartment around 11 a.m., but when she looked through the peephole, did not recognize the man on the other side of her door. She did not open the door, but the knocks continued. Feeling uneasy about the man at her door, Odems went to her bedroom and armed herself with a .357, Nashville Metro Police said in statement.

Moments later, the man outside, who was later identified as Trenton Hartman, 24, forced his way into the woman’s apartment, and Odems dialed 911. Hartman made his was through the apartment, presumably looking for valuables to steal, before entering the woman’s bedroom.

But there he found Odems, who was still armed and on the phone with the 911 dispatcher. Fearing for her safety, Odems fired a single shot, sending Hartman fleeing from her home.

When officers arrived on the scene, Odems, who was unharmed, admitted she was unsure whether she hit the intruder, but a short time later, Hartman showed up at a local hospital with a gunshot wound to his shoulder.

During the course of the investigation, Odems identified Hartman from a photo lineup as the man who broke into her apartment. Hartman was treated for the gunshot wound, then released into police custody. He now faces charges for aggravated burglary and is being held on a $100,000 bond.

But it turns out, at the time of the break-in, Hartman was already out on bond for a different, unrelated crime. Hartman was arrested and slapped with a felony theft charge earlier this month after stealing a stack of lottery tickets last month, which he later cashed in for $2,500. Hartman’s bond was originally set at $25,000, but he was released after posting a $4,000 bail.