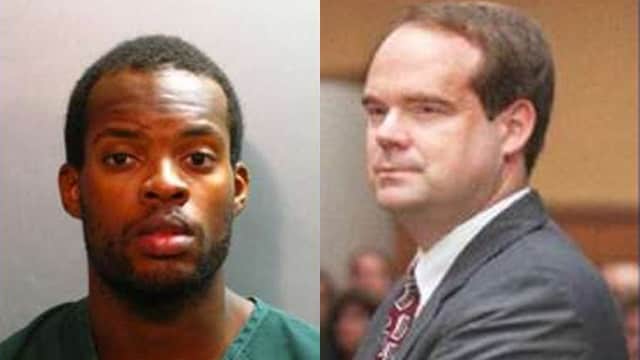 A 27-year-old Florida man faces life in prison after a federal jury found him guilty of a slew of charges including trying to murder a U.S. district judge, the Justice Department said March 17.

In addition to trying to kill a judge, Aaron Richardson, of Jacksonville, was found guilty of multiple gun offenses, making false statements, failing to appear at scheduled court hearings, and impersonating a military officer.

According to the indictment filed September 2013, Richardson was convicted and sentenced for attempting to make an incendiary device in 2008 by Judge Timothy Corrigan. After he was released from prison and put on supervised release, he was arrested again for new offenses and faced state prosecutions, as well as supervised release proceedings in federal court, the Justice Department said.

Richardson devised a plan, which he named “Mission Freedom,” that involved preparing a false order purportedly signed by Judge Corrigan, dismissing all of his pending charges, as well as other benefits. Richardson planned the murder so that Judge Corrigan could not refute the sham order. As part of the plan, he conducted Internet searches to locate Judge Corrigan and the potential murder weapon.

On June 21, 2013, Richardson stole a Savage Arms .30-06 rifle from a local Sports Authority store. The theft and Richardson’s prior casing of the store were captured on video surveillance.

The next night, Richardson went to Judge Corrigan’s residence, and at 12:30 a.m., he fired a single shot at the judge using the stolen rifle. The shot missed the judge by less than two inches and instead hit a window frame. Forensic evidence confirmed Richardson’s presence at the scene of the crime.

Richardson was apprehended on June 25, 2013, by a U.S. Marshals Fugitive Task Force. That night, he made multiple false statements about the crime to the FBI.