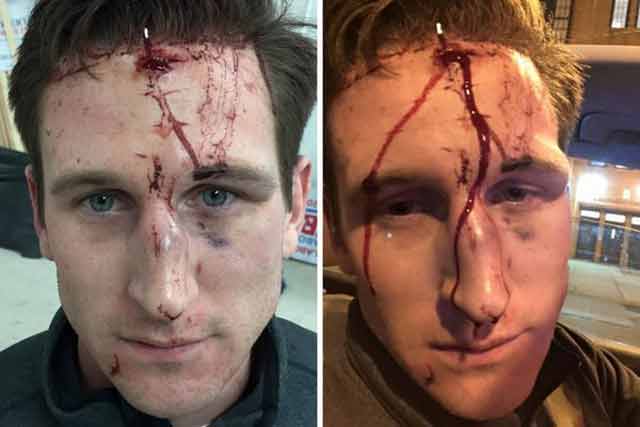 Robert Zwolinski was apparently beat up by a girl… with a staple gun. (Photo: Twitter) 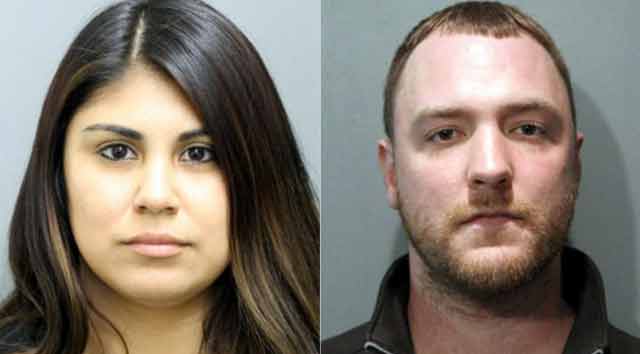 Everybody knows that politics can get dirty, but apparently in Chicago’s 4th District, politics sometimes get downright bloody. Or at least that was the case of a 26-year-old daughter of an Illinois lawmaker who, along with her boyfriend, beat up one of her mother’s rival politicians.

Apparently Jessica Soto, daughter of Rep. Cynthia Soto, and her boyfriend, Bradley Fichter, were stapling Soto-themed flyers to a building on March 6 when Robert Zwolinski, who lost the primary election to Cynthia Soto, drove by with his girlfriend. Zwolinski approached the couple, who claim Zwolinski tore down the flyers, an argument ensued, and things turned physical.

Fichter punched Zwolinski in the face, before Soto joined in and apparently stapled Zwolinski’s forehead with a staple gun, smashed a beer bottle across his nose, and “squeezed his genital area” with some sort of force. In the end, Zwolinski was left with a bruised and bloodied face, a broken nose and half a dozen stitches.

Soto and Fichter were charged with three counts of aggravated battery Friday, but the couple’s lawyer, Frank Avila, calls the charges “way exaggerated” and claims Zwolinski was in the wrong for ripping down the flyers, which Avila said is destruction of property. Avila also claims the charges are simply retaliation because Zwolinski lost the primary.

“If he’s going around saying a girl’s beating him up, that’s sad too,” Avila added. “Maybe it’s good he lost the race.”

Judge Maria Kuriakos Cecil, however, seemed unimpressed by either the defense or prosecution, shaking her head in dismay as both presented their arguments.

“It’s really sad this is going on,” she said. “It’s an embarrassment to our entire country.”