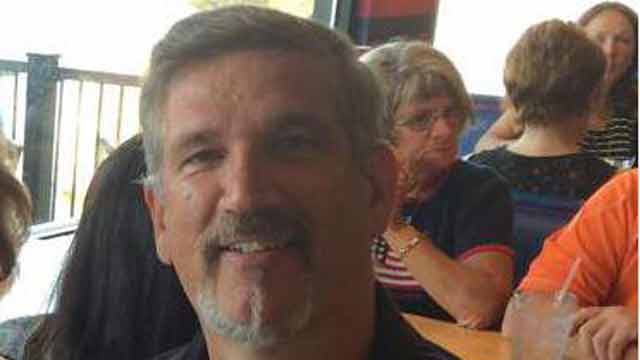 Clarence Briggs retired from law enforcement after 26 years and authorities say they cannot explain his actions over the weekend. (Photo: Facebook)

Authorities are investigating a Sunday morning armed robbery at a Fort Littleton, Pennsylvania, turnpike that left three dead, including the suspect, who was later revealed to be a retired state trooper.

Armed with a handgun, Clarence Briggs, 55, who retired from the police force four years ago, went to the toll booth and ordered two of the workers — toll collector Danny Grouse and an unidentified female – into the booth, the Pennsylvania State Troopers said in a statement.

Briggs then attempted to tie up the victims, but when they began to fight back, Briggs tried to leave the scene, as the victims also tried to run.

About that time, a turnpike fare collection vehicle arrived at the toll station, as Ronald Heist, who worked as a security guard at the turnpike, also came into view. At that point, Briggs opened fire, striking Grouse and Heist. The driver of the collection vehicle then fled, and Briggs took off in the vehicle and drove it to his own car, which was parked several hundred yards away.

Briggs began to unload money from the collection vehicle into his own car when authorities arrived, minutes after the robbery began, and an exchange of gunfire ensued. Briggs, who was formerly employed as part of the turnpike system and retired on good terms, was pronounced dead at the scene.

Authorities did not say who fired first.

Grouse, who had been employed with the turnpike system less than three months, and Heist, who went to work security at the turnpike after retiring from the York Police Department, also died as a result of the injuries they sustained during the attempted robbery.

Authorities looking into the case said it was a possibility Briggs timed the robbery to coincide with the arrival of the collection vehicle, but declined to comment further on Briggs’ knowledge of the turnpike system.

Nonetheless, during a news conference following the incident, turnpike chairman Sean Logan assured that they would be reviewing the details of the case and make any necessary changes to ensure safety in the future.

“Our system is very secure, very safe,” Logan said. “We just want to make sure if there’s more we can do that we will do it.”