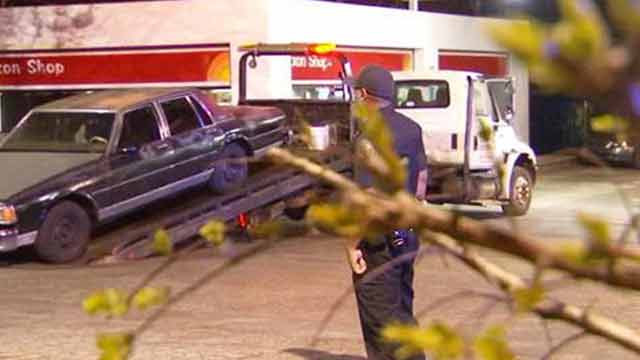 While Georgia is a Stand Your Ground state, the law does not typically permit a person to shoot an individual who is fleeing or otherwise not an immediate threat. (Photo: WSBTV)

A 25-year-old man is facing murder charges after he opened fire on a couple stealing his car outside of an Atlanta gas station Saturday evening, killing one.

Raheem Scott was on his way to the hospital around 7 p.m. to visit his mother, who has pancreatic cancer, when he stopped at the gas station, according to the Atlanta Journal-Constitution.

Scott left his car running while he went inside to purchase oil. But as he made his purchase, Scott noticed a man and a woman attempting to steal his car. It was then that Scott walked outside and opened fire on the car and the couple inside.

Scott stopped shooting, went back inside the gas station and asked an employee to call the police. When authorities arrived on the scene, they found William Blackwell, 50, suffering from multiple gunshot wounds, from which he later died. 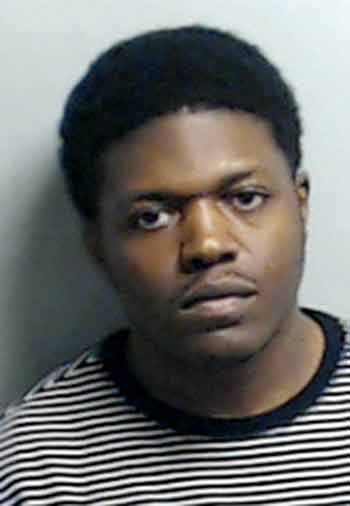 Following the investigation, murder warrants were secured for Scott, who turned himself in without incident. Jerry Henry, executive director of the gun rights group Georgia Carry, told reporters, despite the state’s lax gun laws, this would not fall under the constraints of “Stand Your Ground.”

“If you catch someone stealing your car, you can try to contain him, but you just can’t shoot them,” Henry explained.

Scott’s mother, Debra Bryant, had a hard time understanding what happened and why exactly her son opened fire. Bryant said her and her son both carry guns to protect themselves and their property.

“There’s too many people trying to take what you’ve worked hard for,” she said.

Scott remains in jail without bond.