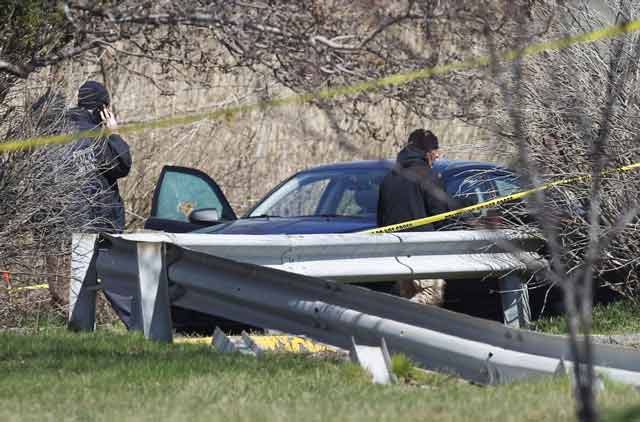 A 9-year veteran of the Sayreville Police Department in New Jersey was found shot to death in his personal vehicle outside of a movie theater Monday.

Police received a call just after 7:00 a.m. saying there was a body in the parking lot and when authorities arrived, they discovered Detective Matt Kurtz, 34, inside his car. He was pronounced dead at the scene and confirmed to be off-duty at the time of the shooting.

Authorities have remained rather tight-lipped about the shooting and subsequent investigation, but photos captured by local media show what appears to be a bullet-shattered front passenger window. It’s not known at this time the exact nature of Kurtz’s injuries or any other details.

“We lost a very good and fine young police officer today,” said Sayreville Mayor Kennedy O’Brien. “And our hearts and our prayers are with him, his parents, his wife, and his children.”

Guns.com will provide updates to this developing story as they become available.