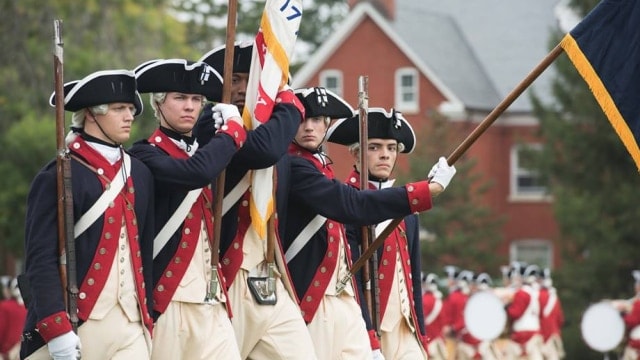 “The Second Amendment extends, prima facie, to all instruments that constitute bearable arms, even those that were not in existence at the time of the founding,” noted the nation’s high court Monday. (Photo: DOD)

Citing Heller, the U.S. Supreme Court without dissent voted in their orders Monday to invalidate a Massachusetts ruling on stun guns, arguing they are protected under the Second Amendment.

After a fight with an abusive boyfriend left her in the hospital, Jaime Caetano was homeless and afraid. She sought and obtained multiple restraining orders against her then ex-boyfriend and accepted the offered loan of a stun gun from a friend. Then, when confronted by her abuser while leaving work one night, she displayed the device and warned the man away. He left that night, but when police discovered the weapon, she was arrested, tried and convicted, as stun guns are illegal to carry under Massachusetts law.

The Massachusetts Supreme Judicial Court upheld her conviction, citing the device “is not the type of weapon that is eligible for Second Amendment protection” because it was “not in common use at the time of [the Second Amendment’s] enactment.”

On March 21, the entire U.S. Supreme Court took one look at that logic and unanimously rejected the state’s argument in the case of Caetano v Massachusetts.

“The Court has held that ‘the Second Amendment extends, prima facie, to all instruments that constitute bearable arms, even those that were not in existence at the time of the founding,'” began an unsigned two-page reversal by the high court, citing the 2008 Heller case which held for an individual right to keep and bear arms and the later McDonald case which held those arms could be carried outside of the home as reasons for vacating the state’s ruling.

However, instead of accepting the petition and hearing the case at the federal level, the justices sent the matter back to the state’s Supreme Judicial Court “for further proceedings not inconsistent with this opinion.”

This brought a 10-page concurrence from Justices Samuel Alito and Clarence Thomas who argued vehemently on Caetano’s behalf while throwing shade at their own court for not taking up the matter.

“If the fundamental right of self-defense does not protect Caetano, then the safety of all Americans is left to the mercy of state authorities who may be more concerned about disarming the people than about keeping them safe,” wrote Alito on behalf of the pair of conservative jurists.

As for the Massachusetts court’s logic that stun guns are not protected as they were not in existence when the Constitution was adopted, Alito was straightforward, writing, “This reasoning defies our decision in Heller, which rejected as ‘bordering on the frivolous’ the argument ‘that only those arms in existence in the 18th century are protected by the Second Amendment.'”

Finally, the justice was candid in his assessment of protections offered under the Constitution to arms other than firearms.

“While less popular than handguns, stun guns are widely owned and accepted as a legitimate means of self-defense across the country. Massachusetts’ categorical ban of such weapons therefore violates the Second Amendment,” he noted.

Gun rights advocates welcomed the news from the high court.

“This ruling shows that the United States Supreme Court is not happy with lower courts ignoring the Heller and McDonald decisions affirming the individual right to keep and bear arms for self-defense,” said Alan Gottlieb, executive director of the Second Amendment Foundation, in a statement.

“Just because something didn’t exist at the time the Constitution was ratified doesn’t mean it isn’t protected,” said Gottlieb. “By that same reasoning, no modern newspaper, online publication, or broadcast media would be protected by the First Amendment in the Bay State, and we all know that’s nonsense.”

With the recent refusals by the Supreme Court to accept cases addressing important gun rights challenges — though with stinging dissents from conservative justices– some Second Amendment attorneys see the writing on the wall for possible redress in the future.

“Unfortunately the Supreme Court has chosen not to accept a case that would give the court the opportunity to directly correct the lower courts’ misinterpretations of the Heller decision – yet,” Chuck Michel, who won an important victory in the Peruta case among others, told Guns.com on Tuesday. “But this ruling is the latest in a series of indications that many of the lower courts have read Heller all wrong, and that the positions being advocated by self defense civil rights groups are exactly right.”