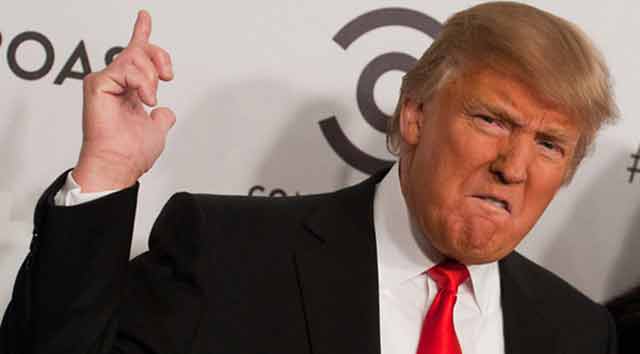 A petition started last week by the organization UltraViolent is asking the online retail giant Amazon.com to stop the “promoting and profiting of Trump’s sexist, racist and violent brand.”

“Donald Trump has promoted violence at campaign events, stoked the fires of sexism and racism in America and espouses a political philosophy that borders on fascism,” said Shaunna Thomas, co-founder of UltraViolet.

“These values have no place on the Amazon marketplace,” Thomas added, noting that the group believes Amazon will do “the right thing.”

In addition to Trump’s clothing line, the group also wants Amazon to remove all campaign-related Trump materials, including a “Trump that Bitch” bumper sticker, which can currently be purchased for the low price of just $4.95 plus shipping.

Macy’s dumped Trump last year, the group citing because they realized he “was bad for business.”

The petition presently has almost 40,000 signatures.