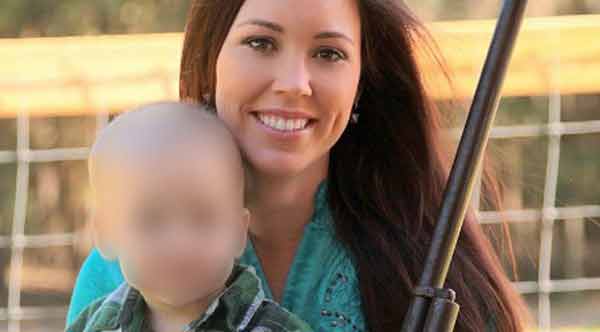 Jacksonville authorities determined this week that they have enough evidence to charge the 31-year-old woman who was shot in the back after her four-year-old son grabbed hold of her handgun.

The Sheriff forwarded the charges to the State Attorney’s Office, which will decide whether to file the recommended charge in the case, DeLoach said. If convicted of the second-degree misdemeanor, Gilt faces up to six months in prison.

According to the sheriff’s office, on March 8, Gilt was on her way to pick up a horse when she was shot in the back. Her son got hold of the .45-caliber handgun, which was not in a holster, after it had fallen loose from beneath the driver’s seat of the truck.

At some point during the drive, the gun slid back by where her son was seated in a booster seat. Family members told investigators that the boy had recently learned to unbuckle his seatbelt, which he did presumably to get a toy but instead grabbed the firearm and accidentally fired.

According to reports, at some point recently, before the shooting, she bragged about her son: “Even my 4 year old gets jacked up to target shoot with the .22.” The incident — or the irony — has made headlines both in the U.S. and international.

The boy, who is currently in the care of relatives, was not injured, but the incident is also under investigation by the Florida Department of Children and Families.

Jennifer Cruz contributed to the reporting of this piece