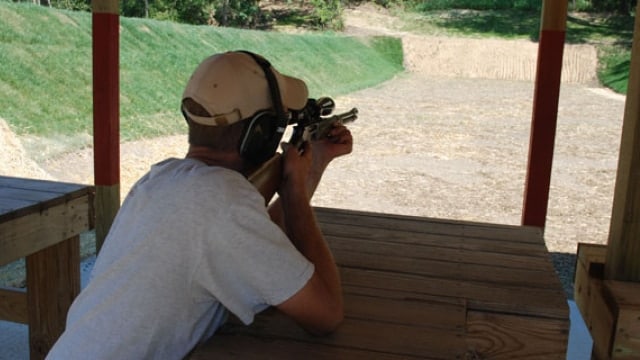 “We wanted to have a few basic safety rules to ensure that everyone using the range is as safe as can be,” said a DNR offical (Photo: dnr.wi.gov)

Alcohol, select-fire weapons and exploding targets could be on the way out at the 8 public ranges run by the Wisconsin Department of Natural Resources.

As reported by the Associated Press, about half of the ranges are operated directly by DNR while others are operated by local clubs on the agency’s behalf. Officials say the move is to homogenize the practices across the board rather than keep the current patchwork system where each range kind of does their own thing.

“There’s no supervision at most of these DNR-owned ranges,” said Keith Warnke, the DNR’s shooting sports coordinator. “We wanted to have a few basic safety rules to ensure that everyone using the range is as safe as can be.”

Among the changes to be weighed in April by the agency’s board are bans on alcohol use on the range, prohibitions against shooting glass, bans on incendiary targets, and limitations on NFA items such as select-fire weapons.

Some gun rights advocates in the state, besides questioning the ban on Title II firearms, also raised a flag over dropping booze consumption of all kinds.

“Wisconsin’s a drinking state and all of a sudden when guns are around we can’t have alcohol?” said Nik Clark, chairman and president of Wisconsin Carry, Inc.

National gun control advocates, however, went full tilt when news of the potential new regs hit, with the Coalition to Stop Gun Violence and Brady Campaign both taking to social media to support the move.

A 2014 report by DNR says there are over 400 ranges in the state, 35 of which are on public land, eight of which would be subject to the proposed regulation changes. There are an estimated 1.7 million firearm owners in Wisconsin.