2 teens shot in legs while breaking into PA home; 4 arrested 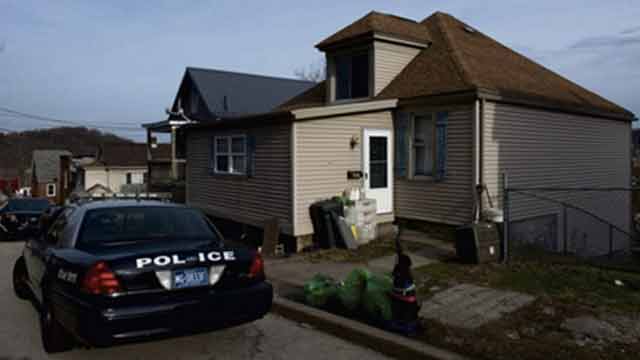 Some residents said they were surprised to learn of the shooting, noting that the neighborhood is typically very quiet. (Photo: Sean Stipp/Tribune Review)

Four teens are in police custody, two of them recovering from gunshot wounds, after they attempted to break into a Jeannette, Pennsylvania, home late Tuesday night.

Cody Shaw was home with his girlfriend around 11 p.m. when they heard noises coming from a window where an air conditioning unit was located. When he went to check it out, Shaw, who was armed with a .380-caliber handgun, found four suspects trying to break into his home.

Shaw fired six shots at the would-be intruders, sending them all immediately fleeing from the home. Jeannette police Chief Shannon Binda confirmed that none of the suspects ever made it into the home, but when police arrived on the scene, they found a trail of blood leading away from the house, indicating at least one of the suspects had been shot, according to reports from the Tribune Review.

About half a mile away, one suspect was found suffering from a gunshot wound to the leg. A second suspect, who was also shot in the leg, was found at a relative’s house, a short distance from where the shooting occurred. Both were taken to the hospital, treated for non-life threatening wounds and released into police custody.

Meanwhile, police surrounded the area, searching for the remaining suspects as they processed the crime scene. Josh Piccar, who lives nearby, told reporters that he heard the gunshots, thinking at first they were fireworks, then a short time later noticed the massive police presence.

The remaining suspects were soon found and apprehended. Now all four suspects – ranging in age from 13 to 16 years old – are in police custody and facing charges for attempted burglary and conspiracy. Due to their ages, none of their names have been released.

Shaw, who was uninjured, has not been charged at this time, and Westmoreland County District Attorney John Peck said, although he has not yet reviewed the case in full, from what he knows, the shooting appears to be justified and will likely fall under the state’s Castle Doctrine laws.