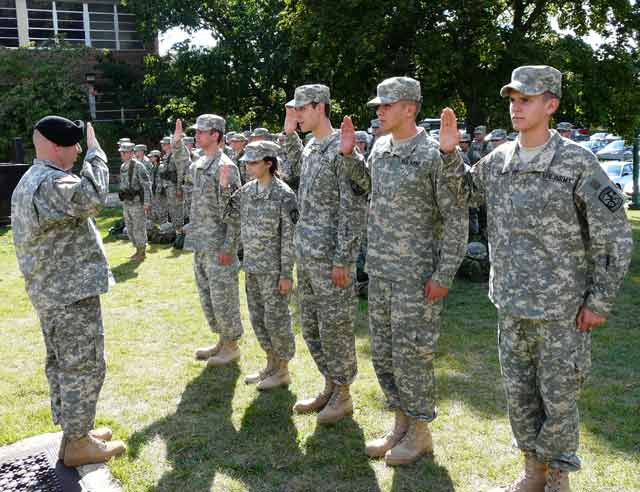 An associate professor of English at the University of North Dakota recently sent a letter to a local newspaper describing a terrifying experience in which she called 911 to report men on the campus with guns. But when the professor was informed that the “gunmen” were actually members of the ROTC, she was left reeling with rage.

“I look up from my office computer to see two figures in camo with guns outside my window,” Heidi Czerwiec recalled in her letter to the editor. “My first thought is for my students’ and my safety: I grab my phone, crawl under my desk and call 911.”

Czerwiec stayed on the phone with the dispatcher, who immediately checks – likely based on the professor’s description of the “gunmen” – whether the college’s ROTC cadets are performing exercises at that time.

“I can barely talk—first, with fear, and then with rage when the dispatcher reports back that yes, in fact, I’ve probably just seen ROTC cadets,” Czerwiec penned, noting that the dispatcher thanked her for calling.

Several minutes after the coast is determined to be all clear, Czerwiec receives a call from a campus police officer, who informs her that these military exercises, which the students are authorized to do, will be carried out numerous times over the next few weeks. Also, according to Czerwiec, the school official scolded her for calling 911. Czerwiec responded by saying that she would continue to call 911 whenever she saw the cadets in camo carrying guns.

“It’s not my job to decide whether people carrying guns at school are an actual threat. It’s my job to teach and to get home to my family,” Czerwiec added.

The professor concluded that the “unnecessary military maneuvers” were “especially irresponsible” in light of recent school shootings.