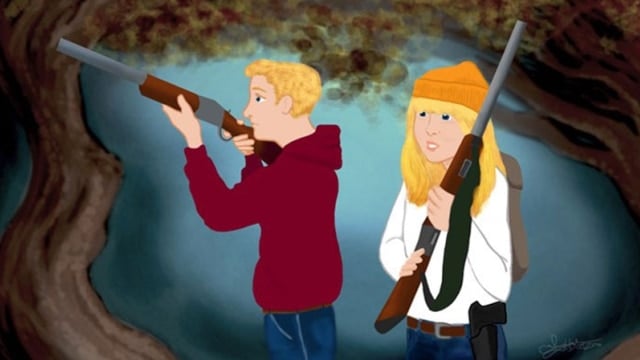 Hansel and Gretel are just as anti-cannibal as the last time, but are more into hunting now. (Insert the safety nazis complaining about eyes and ears and lack of 500 sq. inches of high viz orange in 3…2…1)

A retelling of the childhood classic fairy tale in which a pair of youths manage to avoid cannibalism, isn’t a hit with the gun control crowd.

Lets’ face it, the Hansel and Gretel story from Grimms’ Fairytales was the Green Inferno of its day in creepiness. Come on, a creepy old chick living in a house made of cake in the woods, just waiting for the day she could kidnap a pair of oven-sized brats who happened to wander up is the stuff of an Eli Roth film.

So it shouldn’t really come as a surprise that the NRA Family’s latest promised recasting of classic fairy tales which, instead of a grim ending (get it?), the heroes refuse to be a victim and use firearms to save the day.

Titled, Hansel and Gretel (Have Guns), author Amelia Hamilton saves the youth partially through the use of their rifles– which they had on them due to being out hunting in the deep, dark woods when they came upon the Witch’s house.

Not the sweet, modern witch that makes candles and hangs out at Renaissance fairs while playing on her iPhone, but more of the old school “get in my pot variety.”

The boys directed Hansel to the key that would unlock their cage while Gretel stood at the ready with her firearm just in case, for she was a better shot than her brother. Hansel unlocked the cage and opened the door. The hinges gave a groan and the sound of the witch’s snoring stopped, the silence filling the room as they looked at each other in panic. Gretel got her rifle ready, but lowered it again when the snoring resumed.

Of course, gun control groups including New Yorkers Against Gun Violence, Brady Campaign and Moms Demand Action, are beside themselves, because who doesn’t support a little cannibalism in these trying times? It’s paleo, right?

Sure hope they never make a movie where Hansel and Gretel grow up, arm up, and go looking for witches who did them wrong. 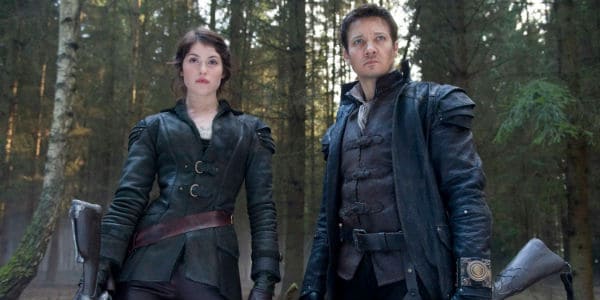