A JetBlue flight attendant is behind bars after she allegedly tried to smuggle some 30 kilos of cocaine through airport security at the Los Angeles International Airport Friday.

Marsha Reynolds, 31, of New York City, walked up to the checkpoint with a carry-on bag and her security badge showing she was a crew member. While the Transportation Security Administration doesn’t routinely screen crew members, they do administer random screenings, and as Reynolds made her way through the checkpoint, she was chosen for one of those screenings.

TSA officers said Reynolds immediately began to act nervous, placed a call on her cell phone and carried on a conversation in a foreign language. Then, as she was asked for her ID at the secondary security point, without warning, Reynolds kicked off her Gucci heels and jetted out of the checkpoint, making her escape by running barefoot up a downward-moving escalator.

TSA Officer Charles James said they did not pursue Reynolds at the time, because, at that point, they were more concerned with what may have been in her abandoned bag. And once they went to search it, they discovered why she was so nervous and opted to get out of there without her Guccis. Reynolds’ carry-on bag contained 11 packages of cocaine, with a total weight of 68.49 pounds. According to Special Agent Timothy Massino, a spokesman for the Drug Enforcement Administration, the cocaine had an estimated wholesale value of around $750,000 and could fetch a hefty $3 million on the streets of Los Angeles.

Reynolds made it out of the airport undetected, and even all the way across the country to New York, but as she attempted to catch a flight Wednesday out of New York’s John F. Kennedy International Airport, she was caught by DEA agents. Reynolds surrendered without incident and is now facing charges for possession with intent to distribute. 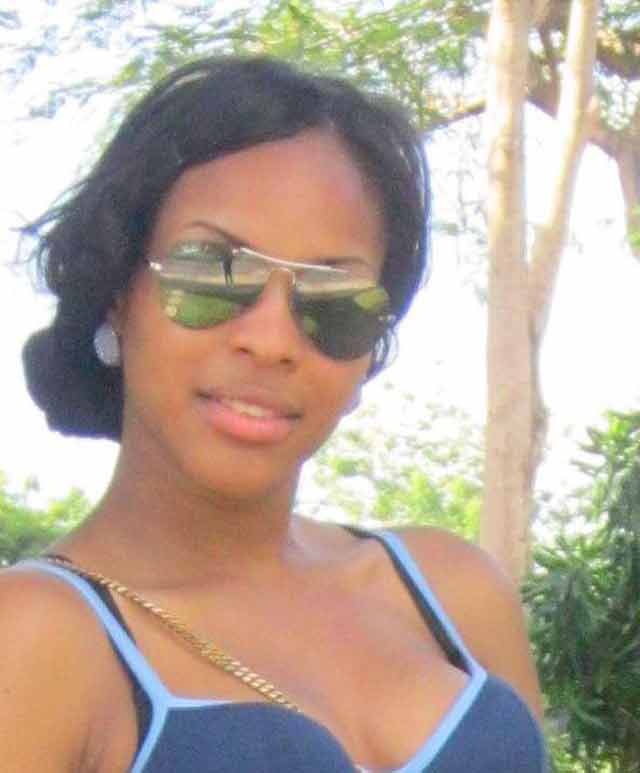