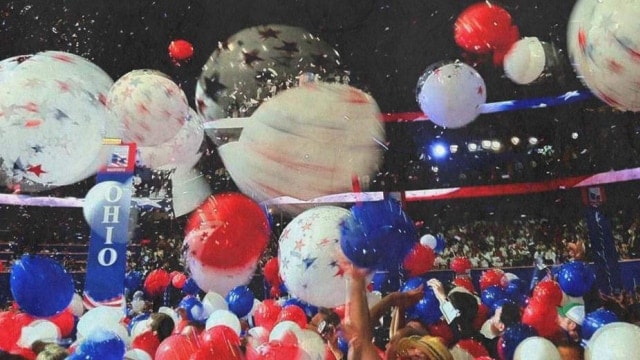 The Quicken Loans Arena is a gun free zone, but some want to see that changed temporarily for the Republican National Convention in July. (Photo: 2016CLE.com)

Gun rights advocates want to be able to bring their firearms under Ohio’s open carry laws to the Republican National Convention in Cleveland.

A Change.org petition started Monday by “Americans for Responsible Open Carry” calls out the Republican National Committee while pushing the Quicken Loans Arena to reverse their policy on firearms carry on their property for the event.

“Cleveland, Ohio is consistently ranked as one of the top ten most dangerous cities in America,” reads the petition that is pushing 10,000 signatures just days after it began. “By forcing attendees to leave their firearms at home, the RNC and Quicken Loans Arena are putting tens of thousands of people at risk both inside and outside of the convention site.”

The petition also calls on the three current GOP front-runners, businessman Donald Trump, U.S. Sen. Ted Cruz and Ohio Gov. John Kasich, to back up their stance on the Second Amendment with action.

“You have been brave in raising awareness about the immense dangers posed by ‘gun-free zones,'” reads the petition. “In order to ensure the safety of your supporters, delegates and all attendees at the convention in July, you must call upon the RNC to rectify this affront to our Second Amendment freedoms and insist upon a suspension of the Quicken Loans Arena’s unconstitutional ‘gun-free zone’ loophole.”

While Ohio law allows for open carry, it also allows for private property owners, such as the arena, to reserve the right to allow it or not.

While petition organizers do not want the arena to drop its policy moving forward, they do want it suspended for the July 18-21 convention – even going so far as to demand the event be moved to a more gun-friendly location or that Kasich use his power as the state’s chief executive to grant a special exemption.

As for the RNC, it argues security for the event is being managed by the Secret Service in conjunction with Cleveland, Cuyahoga County and state agencies.

“They are coordinating and will be continuously refining security plans leading up to the national convention,” said RNC spokesperson Alee Lockman.

Brett Pucillo, president of state gun rights group Ohio Carry, while not associated with the petition, hopes organizers succeed with their mission but understands the complexities of the situation.

“(We) would love to see this petition take off and the RNC to allow law abiding citizens to carry at the event,” Pucillo told Guns.com. “We also respect private property rights, and if the owners of Quicken Loans Arena choose to post their venue as ‘gun free,’ we respect that.”

Pucillo offered to meet with the concerned parties to help educate them on the issue.

“We would love the chance to sit with them and discuss why ‘gun free zones’ are a farce and do nothing to protect anyone, but we would certainly still respect their rights as property owners to run their business as they see fit,” he said.