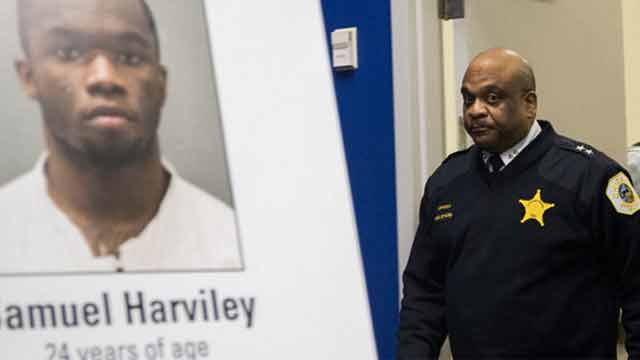 A 24-year-old man is facing several charges after shooting an off-duty Chicago police officer during a robbery early Monday morning, and while the man remains behind bars, officials blame what they refer to as a “broken” system for the violent offender being released from prison in the first place.

According to reports from the Chicago Tribune, the robbery occurred when the 49-year-old officer, who has not been named, was returning home around 2:30 a.m. after studying for an exam to become a detective.

Samuel Harviley and an accomplice, both armed with handguns, approached the officer’s vehicle, each from opposite sides, as the officer sat outside of his home. Harviley opened the passenger’s door, grabbed the officer’s keys and tossed them aside. The duo then instructed the officer, as they held him at gunpoint, to get out and get on the ground and threatened to shoot him if he moved.

The officer was robbed of his wallet and cell phone, but when he began to move while on the ground – in an effort to keep his pistol and the fact that he was a cop concealed – Harviley’s accomplice became agitated and instructed Harviley to shoot the man. Harviley did as he was told and shot the officer in the leg. But at that point, the officer drew his weapon and fired back, striking Harviley in the arm.

Harviley, his accomplice and a third suspect who was driving a getaway car all fled from the scene, but 12 minutes later Harviley showed up at an area hospital with a gunshot wound and a fake name.

The officer was transported to a hospital where he underwent surgery and was last listed in stable condition. He later picked Harviley from a photo lineup, but the remaining two suspects are still on the loose.

Harviley has since been charged with attempted murder and armed robbery. Judge Adam Bourgeois Jr. acknowledged that Harviley poses “an extreme danger” to the public and denied him bond. 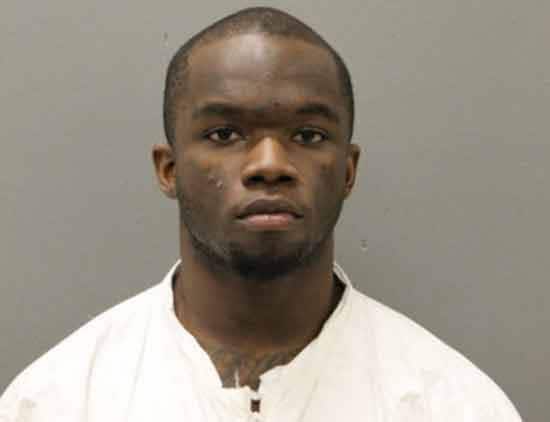 Samuel Harviley was released early during his last prison stint, but officials hope this time will be different. (Photo: Chicago Police Department)

On Wednesday, the day of Harviley’s bond hearing, city officials showed dissatisfaction at the justice system that set Harviley free just three months prior. Following a conviction for carjacking in 2011, Harviley was sentenced to nine years in state prison. After serving four years, on New Year’s Eve he was released.

“The fact that a convicted felon and gun offender is yet again out on early release to torment communities is representative of the types of individuals who are overwhelmingly driving the recent spike in violence,” said interim police Superintendent John Escalante. “Time and time again, CPD officers risk their lives to uphold repeated gun offenders accountable and we will stop at nothing to continue that promise, but more needs to happen to change the culture of violence and increase accountability.”

“Until we get real criminal justice reform, the cycle will continue,” Johnson said.