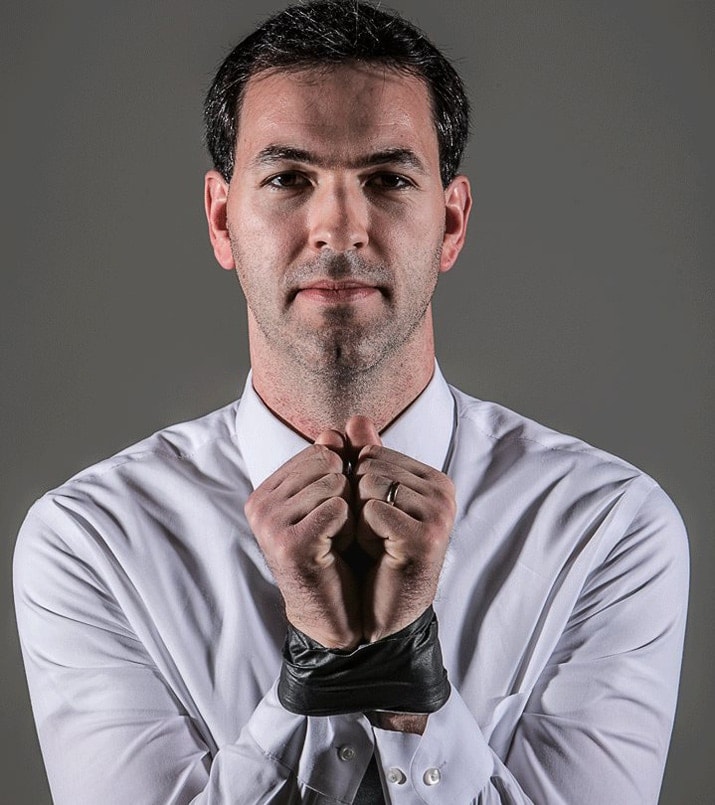 Jason Hanson has made a business out of designing self-defense training and tools based on his experiences with the Central Intelligence Agency, which, for intelligence operatives, cultivates a unique take on self-defense.

“Other schools are more firearms-related. This is more geared toward intelligence, operating alone, and knowing self-defense,” Hanson told Guns.com in an interview last week. “I’ve never been military — my background is intelligence. In (intelligence) work, you’re always operating alone, that’s a big difference from knowing that there’s a backup team behind you.”

Hanson’s flagship program, Spy Escape and Evasion, embodies his unique perspective. It’s a two-day class where the first day is spent in a classroom and the second out on the streets of Las Vegas.

Participants learn and practice a range of skills, from basic situational awareness, to lock-picking, to escaping bondage and imprisonment. Yet, he says the topic that garners the most “a-ha!” moments for participants is lie detection skills training.

“Lie detection is a pretty simple set of skills and once you learn them, you can apply it anywhere,” he said, adding students often respond to it by saying, “‘Hey, I can use this with job interviewees — and my kids.’”

Hanson’s second most popular class is a two-day evasive driving course. Hosted at a ranch in Cedar City, Utah, drivers get to “do the high-speed 180, ram another car, escaping a kidnap attempt, and more,” he said.

Hanson is also in the business of selling discreet tools of self-defense, such as the Micro Spy, a sharp plastic knife like device, or a flashlight that doubles as a stun gun.

From discussion and the substantial amount of information online, it appears Hanson has embraced current trends of information marketing: provide free valuable information up front, develop a client base from those who want more, and diversify product selection.

In terms of product selection, there are few people in any aspect of information marketing who offer more. Self-defense with and without firearms, cyber-privacy for one’s computer and home, situational awareness, and other topics are included in his seemingly bottomless stash of self-protection tools.

By his own admission, Hanson’s history with that famous agency in Langley, Virginia is vague.  What’s clear is, he’s attracting the attention of people who want to be more skilled at protecting themselves and their loved ones. Many people are coming to realize that outsourcing all of one’s safety to the police or even private guards is no guarantee.  Jason Hanson is helping people be more prepared to prevent and escape crime.