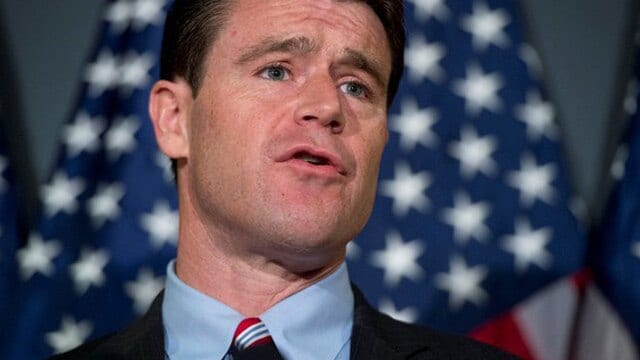 “Amidst all the frantic activity surrounding the presidential primary and Supreme Court nomination campaigns came some welcome common sense from the Heartland,” the gun lobby said in an article on Thursday.

One of Young’s measures would create a set of requirements for the president’s Supreme Court nomination and the other would proactively prevent the feds from prohibiting guns in public housing.

House Resolution 656, which has a lengthy and verbose title, would prevent any Supreme Court nominee whose “professional record or statements display opposition to the Second Amendment freedoms of law-abiding gun owners.”

The worry being President Obama’s nominee, Judge Merrick Garland, would be the antithesis of the late Justice Antonin Scalia, who penned the opinion for the landmark gun case Heller vs DC. The opinion set the precedent for pro-gun arguments in most gun cases since its narrow victory in 2008.

The bill’s text praises the pro-gun rulings by Scalia, who practiced an originalist interpretation of Constitutional issues – meaning “what it meant when it was adopted” – and even refers to the Justice as a “staunch defender of the Second Amendment.”

Still, gun groups have a right to worry because Garland’s presence could push the balanced court further to the left than conservative groups want. With Young’s measure, the NRA says, “President Obama’s choice to succeed Justice Scalia would easily fail the test.” The gun lobby has been rallying hard against Garland since his nomination, even going so far as calling him the “most anti-gun nominee in recent history.”

The other measure, the Taxpayers Second Amendment Protection Act of 2016, would “prohibit restrictions on possession, storage, or use of firearms in Federal programs, and for other purposes.”

The context of the bill is less obvious, but the NRA says, “It would block programs like those proposed during Bill Clinton’s administration, and more recently implemented by some state and local housing authorities that receive federal subsidies, to ban residents of public housing from keeping firearms within their units.”

Young introduced both bills on March 21, which were then referred to committee.