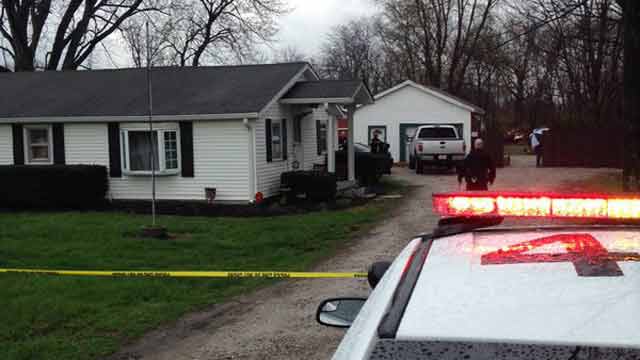 An exchange of gunfire erupted inside the house, but the woman and her baby were unharmed, while the intruder was shot multiple times. (Photo: Fox 59)

A mother protecting herself and her young child opened fire on an intruder inside her Indianapolis home Thursday afternoon.

The victim, whose name has not been released, heard a window shatter right around noon and called her husband to tell him she thought someone was breaking into the house. She also grabbed her pistol and soon thereafter came face to face with a man in her home whom she did not know. That man was also armed with a gun.

As the intruder walked out of one bedroom and into the common area of the house, the woman was coming out of an opposite bedroom. The suspect took a shot at her, but missed. The homeowner, however, fired back and struck the suspect multiple times, a local Fox affiliate reported.

A phone call had already been placed to 911 and once authorities arrived on the scene, the suspect was transported to a local hospital. His condition is not currently known. 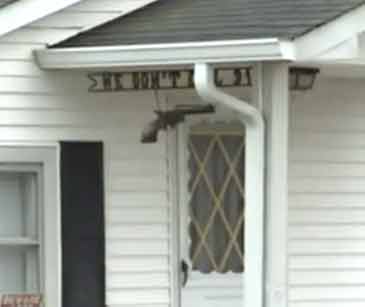 Apparently the intruder didn’t notice the “We Don’t Dial 911” sign in front of the house. (Photo: Fox 59)

The mother and her baby – although visibly upset – were unharmed.

Family members confirmed with local media that the intruder broke in through the baby’s bedroom window, and authorities later confirmed that the suspect was found to be in possession of not only a firearm, but zip ties and a walkie talkie. Police have not said what they believed to be his motive or whether there were other suspects involved.

Commander Mike Spears with the Southwest District of the Indianapolis Metropolitan Police Department said incidents such as these are rare for that area of the city, noting that it is mostly residential and typically very quiet. However, Spears also noted that such instances are taken personally and the incident will be aggressively investigated.