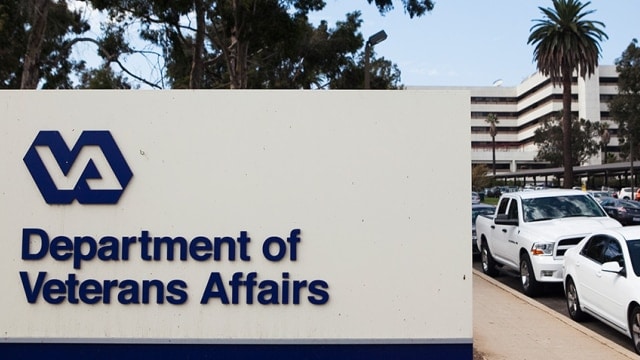 Senators take issue with the fact the VA uses the fiduciary trustee status of a veteran to regulate firearms possession without due process. (Photo: John Schreiber/My News LA)

Currently a veterans assigned a fiduciary trustee to act on their behalf is automatically declared “mentally defective” and is reported to NICS, the database Federal Firearms Licensees use to determine whether a prospective buyer is eligible to buy guns. As of December 2015, the VA has reported 260,381 individuals to the FBI, effectively making them prohibited firearms possessors under the law.

“Our military heroes risked their lives to protect and defend this country and all that we stand for, including our most basic constitutional rights,” said Grassley in a statement. “Now the very agency created to serve them is jeopardizing their Second Amendment rights through an erroneous reading of gun regulations. The VA’s careless approach to our veterans’ constitutional rights is disgraceful.”

In an effort to fix the issue, Grassley, along with Senate Veterans’ Affairs Committee Chairman Sen. Johnny Isakson, R-Ga., penned a letter to VA Secretary Robert McDonald last week and another to the subcommittee over the agency’s funding, questioning the practice.

Making a due process argument, the lawmakers argue the VA uses the fiduciary trustee status of a veteran to regulate firearms possession without ever seeking to find out if the service member is a danger to themselves or others.

“The use of the VA regulation, adopted for a totally unrelated purpose, is suspect, especially in light of the Supreme Court holding that the Second Amendment is a fundamental right,” reads the letter to McDonald. “That holding changed the legal calculus by which a regulatory scheme can survive constitutional scrutiny and it is not clear how these regulations would fare under that increased scrutiny.”

Demanding answers, the senators want the VA to explain the process which now supplies over 99 percent of the individuals reported as being “mentally defective” to NICS and how they satisfy the constitutional argument.

A similar standard has been proposed by the Social Security Administration to strip gun rights from as many as 75,000 beneficiaries per year according to figures released by the White House in January.