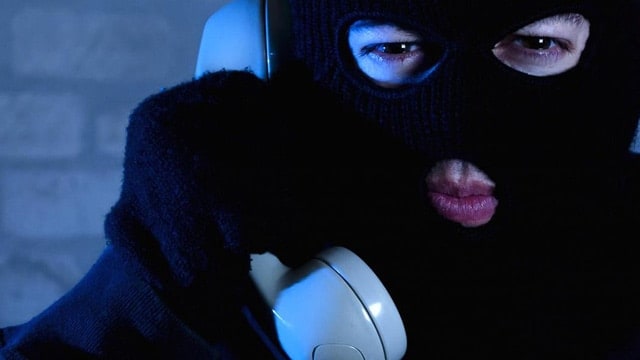 The scammers usually wear masks when they call.

Scammers, posing as police, are calling unsuspecting federal firearms licensed dealers and requesting a transfer of funds so they can return stolen guns that had been recovered by authorities, according to the advisory posted this week by the Bureau of Alcohol, Tobacco, Firearms and Explosives.

A typical scheme starts with a perpetrator, posing as a policeman, contacting an FFL for assistance in returning stolen firearms. He tells the FFL that the police department is trying to return firearms that were part of a criminal investigation, stolen from the FFL and were no longer needed.

In similar incidents, the “police officer” requested money to have firearms shipped back to the FFL. “It appears the ‘police officer’ in these schemes is attempting to elicit money from unsuspecting FFLs who wish to have their stolen firearms returned,” the ATF said, and warns FFLs and individuals should be aware of the following:

The ATF said it is only aware of a few instances of the scheme, but are asking anyone who thinks they’re being targeted to contact their local ATF field office.

“If possible record the phone number of the caller immediately,” the agency said. “ATF requests you be inquisitive and acquire as much information as possible such as the “police officer’s” name (including spelling), desk phone number, email address and street address.”