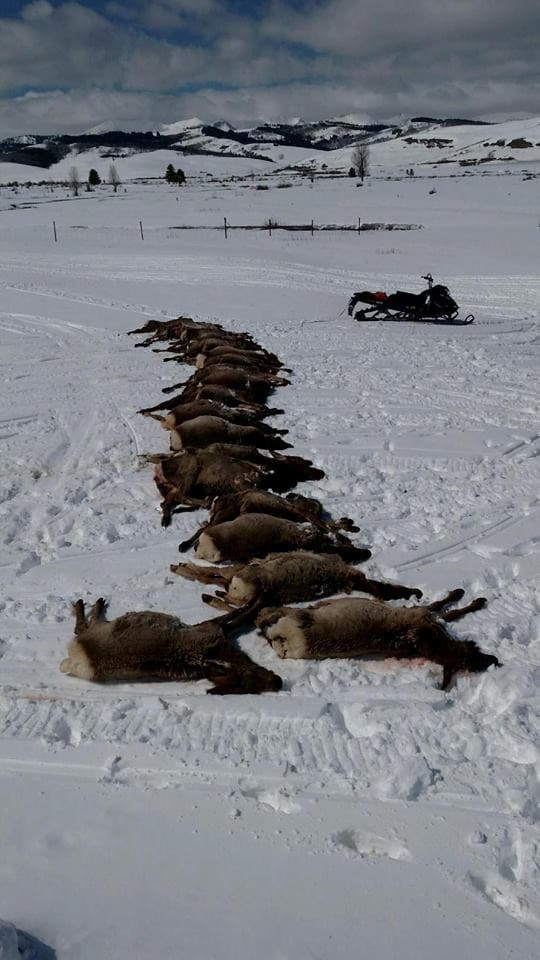 The elk killed by the wolves were mostly calves.

The Wyoming Game and Fish Department confirmed with local media that 19 elk were killed by wolves at a feed ground near Bondurant.

“This is a rare event. A lot of people call it surplus killing,” said John Lund, WFGD regional wildlife supervisor, to County 10.

“It has been observed on other occasions, just not very often. This was one of those events,” he said. “Several wolves came in over one night and killed 19 elk. Normally one or two elk a night here and there is no big deal, but 19 in one night is fairly rare.”

Of the 19 elk, 17 were calves. Lund said they estimate the pack consists of nine wolves.

Experts told County 10 that surplus killings are extremely rare for wolves and they generally eat what they kill.

Lund told media that the Wildlife Service is in a bind because while they’re authorized to manage the elk, they have no management authority over wolves.