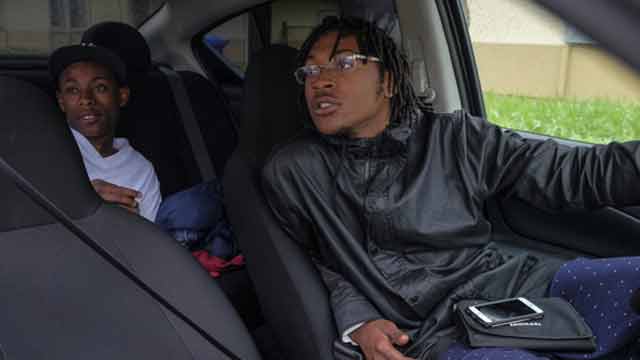 Lonnie Holmes, 21, joined the program, used the money for a downpayment on a car and has since applied for a job with Uber. (Photo: Jahi Chikwendiu/The Washington Post)

A San Francisco suburb has taken an unconventional approach to fighting crime by essentially paying a sort of monthly salary to ex-cons in exchange for them staying out of trouble and helping others to do the same.

The program, known as Operation Peacemaker Fellowship, targets some of the most violent offenders in Richmond, California, a city which, just over 10 years ago was ranked the sixth deadliest per capita in the country. Participants oftentimes are straight out of prison, must pledge to improve their lives and eventually mentor to others.

“Richmond was bold enough to take an untested step and try this model of really direct and intense intervention,” said Richmond Police Chief Allwyn Brown. “And it’s dealing with the violence in the right way: teaching these kids basic life skills and how to not resort to a gun and operate in a civil society.”

Depending on their degree of involvement, participants are paid anywhere from one dollar to $1,000 on a monthly basis, up to $9,000 over an 18-month period. In addition to the monthly income, participants have an allotted $10,000 to go towards funding trips to various destinations, which in the past have included South Africa, London and Mexico City. But there’s a catch to the all-expense paid vacations. Participants must agree to take the trip with either someone who they have attempted to kill or has tried to kill them.

“Wild, right?” said founder of the program, DeVone Boggan. “But they get out there and realize, ‘Hey, this cat’s just like me.’” 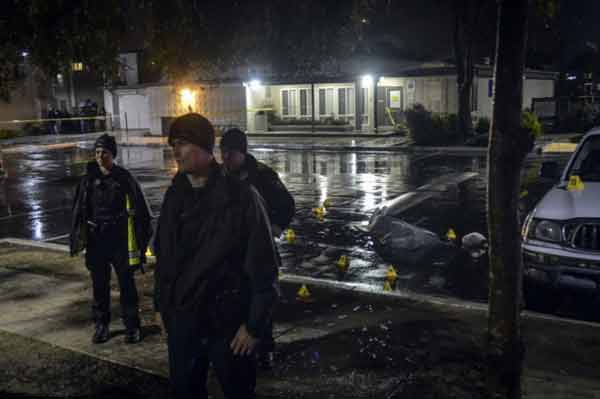 Those in the program have little involvement with the police. (Photo: Jahi Chikwendiu/The Washington Post)

And it appears that not a single one of the rivals who have traveled together have been suspected in subsequent shootings aimed at one another. That, according to Boggan, is just one measure of the program’s success.

When Broggan first started the program back in 2010, the city of Richmond was in a violent downward spiral. Over the last decade the city has seen an enormous transformation, some say, in part, thanks to the unusual program.

Boggan, whose brother was shot and killed, explained to The Washington Post that he came up with the idea after learning about a paid fellowship for business school. Boggan questioned whether the same concept for such a fellowship could be used to help at-risk youth and ex-cons to change their habits and improve their lives, thereby driving down crime and violence. With a goal in mind but no funding, Boggan raised the money he needed to get started.

Then, Boggan contacted 21 suspected criminals and known gang members and persuaded them to meet at city hall to work with mentors and talk about a future with no guns. The criminals participated, as asked, but as they left the meeting, they each received an unexpected surprise from Boggan: $1,000 cash.

“No cop had ever handed them money without asking for something in return,” Boggan said. “And it had the intended effect. It sent a shock wave through the community. People sat up and began watching.”

Boggan has since convinced the city to fund the program, and now, more than five years later, Boggan and senior mentor Sam Vaughn, who entered the program after serving 10 years in prison for beating a man so severely he left him in a vegetative state, say they are working with their fourth group of recruits.

Five years into the experiment, 84 of the 88 participants are still alive and the vast majority – four in five – have not only not been shot, but have not been a suspect in other gun-related crimes. These statistics, coupled with the dropping homicide rate have aided in convincing skeptical city officials that the program is working.

“This is controversial, I get it,” Boggan said. “But what’s really happening is that they are getting rewarded for doing really hard work, and it’s definite hard work when you talk about stopping picking up a gun to solve your problems.”

The program often involves looking past smaller, petty crimes, such as smoking pot, to avoid more serious crimes, like homicide. It’s an approach that Boggan fully understands only adds to the controversy.

Likewise, some show concern over the fact that participants in the program are hand-picked by other participants, rather than, say, law enforcement. There is also concern surrounding the lack of a formal evaluation of the program. Additionally, the money given to the participants is not vetted in any way and there’s no way to know if the money is being spent on making a car note or buying a bag of weed.

Still, despite the downfalls, several other violence-plagued cities across the country, including Washington, D.C., Miami, Toledo and Baltimore, are set to give the program a try, even though not all city officials agree it’s the best thing. 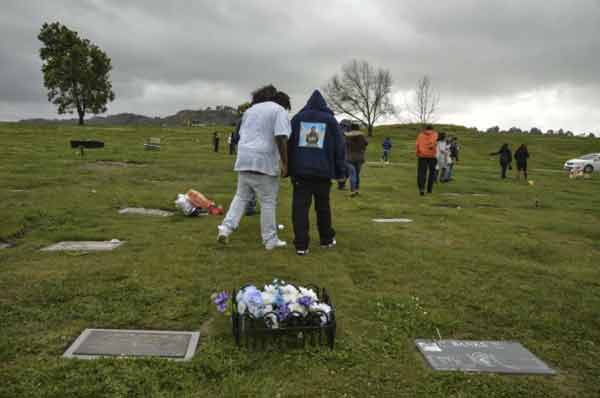 Program participants were unable to predict a recent shooting that claimed the lives of a 14 and 15-year-old. (Photo: Jahi Chikwendiu/The Washington Post)

But Boggen thinks the numbers speak for themselves, but also admits the program – nor its participants – are perfect. In fact, just recently three of the participants were charged with violating parole after they were caught associating with suspected gang members. One of them was illegally carrying a gun as well and now faces serious prison time.

Additionally, four participants have been killed over the last five years, two of whom were believed to have been murdered by fellow program participants, who at this point have not been charged and remain in the program.

“We don’t have any model fellows — we’re not graduating law school students here,” said Vaughn. “All we’re trying to do is to get these guys to stop killing each other.”

Homicides have steadily dropped since the program’s introduction, reaching an all-time low of just 11 in 2014. However, last year those numbers doubled and, so far this year, the city’s homicide numbers are on track for a repeat year, leaving some to question if the program is actually working.