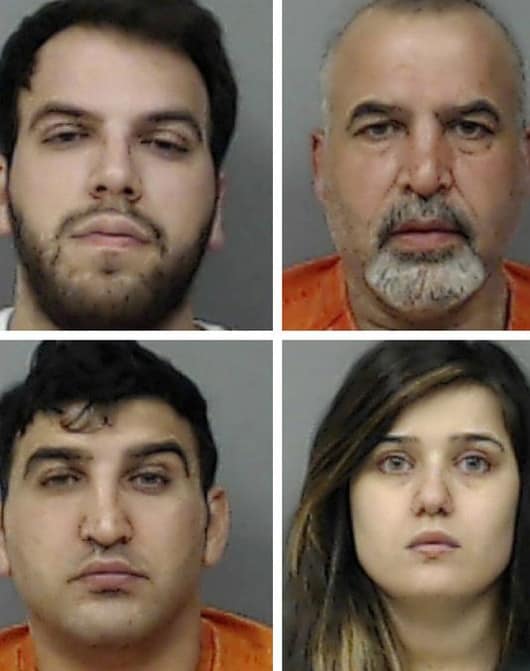 Bassem Afif Herz, 31, pleaded guilty in a Cedar Rapids federal court to charges relating to a scheme to illegally ship firearms and ammunition to Lebanon. He could be sentenced to 45 years in prison and $1.75 million fine.

The U.S. Attorney’s Office charged Herz along with his wife, Sarah Majid Zeaiter; his brother, Ali Afif Ali Herz; and his nephew, Adam Al Herz, last May. They all entered guilty pleas to similar charges on March 10 and March 11. Sentencing proceedings in each case will be set at a later date.

According to court documents, the group shipped three containers containing firearms hidden within Bobcat skid loaders, clothing and various other items to Beirut, Lebanon between August 2014 and May 2015. Authorities were able to intercept two of the three container. A search of the second container revealed 53 firearms and more than 6,800 rounds of ammo. In the third container, authorities found 99 guns and 9,500 rounds of ammo.

A licensed gun dealer tipped off authorities in February 2015 after the group bought several guns and cleared the shelf of more than 2,000 rounds of ammo. The dealer told authorities he saw them buy 20 firearms at a gun show in the months before.

Later that month, the dealer said the group returned to buy more guns, ammo and accessories and believed his suspicions were confirmed when he noticed that Ali Herz kept referring to a text message during their interaction that was written in a foreign language. The dealer suspected the message was an advisement on the types of accessories to buy.

Investigators checked records obtained from gun stores in the surrounding eastern Iowa area and found at least 113 gun purchases in the past 17 months. Together, they spent more than $100,000. However, investigators believe the group bought more, but they have not located the records.