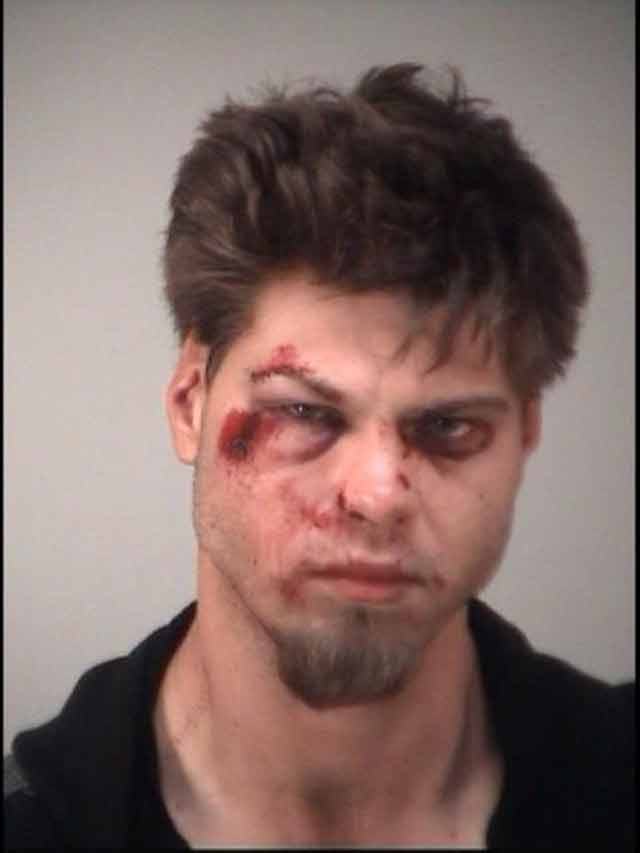 A dispute between a couple in Leesburg, Florida, last week led to a man being tased five times and being held at gunpoint before he was finally able to be detained.

Officers received a phone call Tuesday about a couple engaged in a dispute inside a Steak ’n Shake restaurant. Officers responding to the call found Floyd Thomas Coburn, 25, and his girlfriend involved in a heated argument. While officers were on the scene, Coburn’s girlfriend decided it best for she and Coburn to leave, each going to their own homes.

But as the woman left in her car, Coburn responded by running through five lanes of traffic in an attempt to stop her. Officers, fearing for the safety of Coburn and others, tried to get the man out of the middle of traffic, but Coburn became combative.

Officers said when Coburn acted as if he was going to start hitting them, he was tased for the first time. Coburn was tased two more times after not staying down on the ground as instructed and an additional two times when he refused to let officers handcuff him. But as an officer went to tase him for the sixth time, Coburn was able to grab the taser from the officer. At that point, a second officer pulled out his service pistol and then Coburn decided to comply.

Coburn was apprehended and, after receiving medical treatment for injuries he sustained during the incident, taken to jail where he was held on a $14,000 bail. Coburn was charged with violence and depriving a law enforcement officer of his protection.