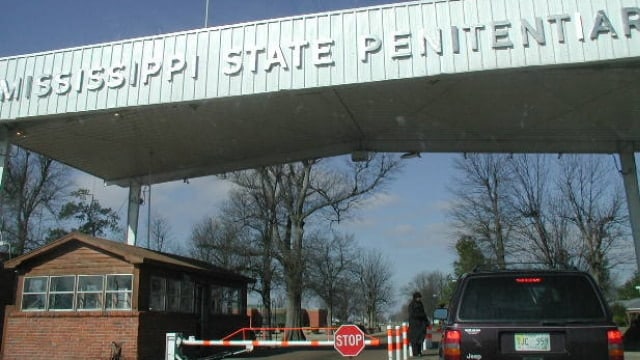 Mississippi currently has 47 condemned inmates on the state’s death row and since 1989 has used lethal injection as a means of execution. (Photo: umich.edu)

A Senate bill that started as a move to keep executioners’ names secret has morphed into one allowing the use of a firing squad and has the Governor’s endorsement.

The measure, SB 2237, introduced in the legislature’s upper chamber in February, left the Senate in a 32-18 vote on March 1 as a proposal to safeguard the names of those who perform executions for the Department of Corrections as well as vendors who supply chemicals for lethal injection, Mississippi’s current form of execution.

However, in its travel through the House, an amendment was tacked on to allow for the use of a firing squad should lethal injection no longer be an option in the future, passing in a 79-40 vote on March 25.

Backers of putting rifles into capital punishment in the Magnolia State argue it is effective.

“It’s been one of the more common practices through history,” said Rep. Robert Foster, R-Hernando. “It’s very instant and about as humane as you can get while performing an execution in my personal opinion.”

Foster’s handwritten amendment would allow for death by firing squad in the event that lethal injection is not available or becomes too costly, but reserves the final decision on its use for the state attorney general and Department of Corrections commissioner.

In 2015, a federal judge halted the state from using any drug for enforcing the death penalty over concerns of which drugs were used, though a panel of the U.S. Fifth Circuit Court of Appeals overturned that order last month.

As noted by corrections officials, the use of a firing squad would be a first in the state’s 199-year history, with hanging being the preferred method until 1940 when the electric chair was adopted. In 1954, Mississippi switched to the gas chamber and, since 1989 has used lethal injection, with 17 condemned prisoners executed by that method since 2002.

The state currently has 47 inmates housed in Parchman Farm’s infamous Unit 29, death row, with one, convicted murderer Richard Jordan, having spent the past 39 years awaiting delivery of his sentence.

Besides House Democrats, the American Civil Liberties Union has condemned the move to adopting a firing squad for capital punishment, calling the practice “barbaric” in a statement.

“The Mississippi State Legislature should use its energies to abolish the death penalty and should make greater efforts to ensure the judicial process is fair so that no innocent person faces an ultimate and final punishment,” said the ACLU.

The bill now heads back to the Senate to vote on Foster’s amendment, but should it pass that Republican-controlled body, Gov. Phil Bryant said he is likely to sign it into law.

“If the senate passes a firing squad bill, I’ll certainly sign it. My belief is we need to carry out a capital punishment that when the courts say that it’s necessary; and if it takes a firing squad we’ll do exactly that,” said Bryant.