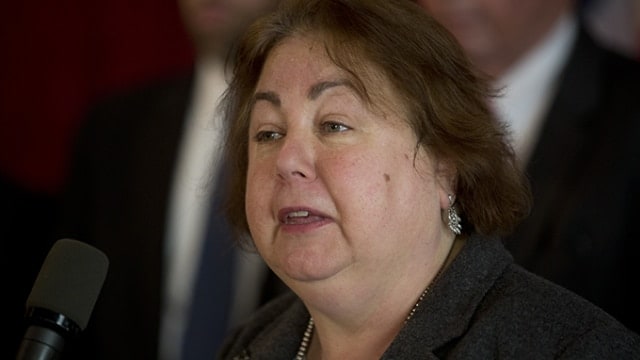 For the second time in as many years, a Republican-controlled Senate committee on Monday stopped a bill to require firearms be secured when not in use.

The Codes Committee defeated the bill by a 9-7 vote, echoing a similar tally for identical legislation introduced last session.

“It creates several problems for those trying to protect their families,” said committee chair, Sen. Michael Nozzolio, R-Fayette, as reported by Syracuse.com.

The measure, S.2491, labeled the Children’s Weapon Accident Prevention Act, criminalizes storage of a firearm not in use unless they are disabled by a lock or held inside of a safe or lockbox.

The penalties, as outlined by the proposal, ranged from a Class A misdemeanor, which under New York law mandates a maximum fine of up to $500, all the way to a Class D felony for subsequent violations, which allows for as much as seven years in prison.

The backer of the proposal for the past two years, Sen. Liz Krueger, is a Manhattan Democrat who is avowedly anti-gun, having advocated taking over the National Rifle Association through infiltration while pushing to cut state subsidies to New York’s historic gun manufacturer, Remington.

She was less than pleased with the failure of her latest gun safety bill.

“You would think that protecting our kids from loaded weapons would be something we could all get behind, but apparently that is a bridge too far for my Republican colleagues,” said Krueger.

While a similar measure, termed “Nicholas’s Law,” passed the state Assembly last year, it failed to gain concurrence in the Senate. However, a rebooted version of that proposal is on tap for coming weeks.

Regardless, at least one Second Amendment attorney in the state felt Kruger’s failed bill was unconstitutional.

“The bill was fraught with civil rights violations, not the least of which was language near identical to the Washington DC statutes struck down in 2008 in District of Columbia v. Heller,” wrote Paloma Capanna in a post on social media.