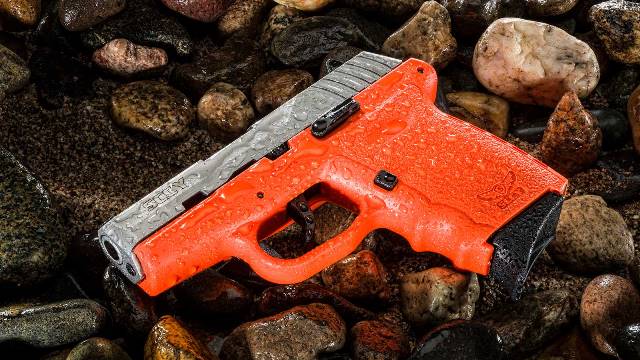 Handgun maker Sccy dealt a rough card to customers on St. Patrick’s Day, when it issued the announcement that its lifetime theft warranty is being yanked.

The generous warranty may have had unintended consequences like enabling a short “time-to-crime” gap for the brand — that is, the time elapsed between a legal sale or reported theft/loss, and when a firearm is associated with a crime, the company said in a letter to customers.

The Bureau of Alcohol, Tobacco, Firearms and Explosives contacted the company about an unusual amount of Sccy pistols being tied to criminal activity — the “unusual” part being the time-to-crime, not the volume recovered.

“Although we regret it, the above has led Sccy, as a responsible corporate citizen, to the decision that this program must be drawn to a close,” the company said.

“This is another instance where a few bad apples have spoiled it for honest civilians,” the company added. “However, in the interest of the public’s safety and welfare we have no choice but to abolish the program.”

According to the company’s website, Sccy makes 9mm subcompact pistols that retail for $300 to $334. Trace data published by the ATF excludes brand, so it’s unclear the exact number of Sccy pistols traced to crimes, but the materials do cover general details about crime guns.

Looking at trace data from 2014, the most recent year available, authorities recovered 131,562 semi-auto pistols. Of which, 47,249 were chambered for 9mm — by far the most common caliber gun recovered.

Sccy is a relatively young firearms company based in Florida. Founded in 2003, it’s known for low- to middle- range priced, concealable 9mm handguns.