Bertha Tate told reporters that had it been her facing the intruder, she would have shot through the window and aimed for the chest. (Photo: ABC 7)

The son of an elderly woman living in Chicago shot an intruder early Thursday morning as he tried to break into the woman’s apartment.

Bertha Tate, who is 88-years-old, told a local ABC affiliate that she has always kept a gun close by after her husband, Joseph Price, was shot and killed in a violent home invasion more than 50 years ago. Tate said she has also been vigilant about her children knowing how to use guns and keeping them close, and last week, that vigilance paid off.

Tate was asleep in her bed, while her son, Anthony, who is 54, was sitting in a recliner in the living room. Tate keeps a gun next to her bed, but Anthony also had a .22-caliber revolver tucked away in the cushion of the chair.

Around 4:00 a.m., Anthony heard someone trying to get through the front window of his mother’s home. As the window opened and an arm slipped through, Anthony fired at the intruder, striking him in the arm. Tate said the gunshot awakened her and Anthony then informed her that someone had tried to break in. 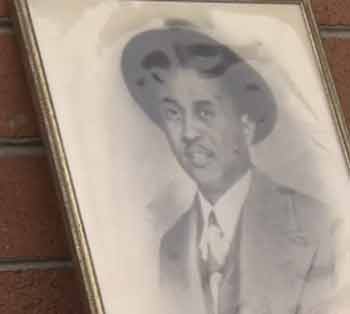 Joseph Price was fatally shot after someone broke into his home in 1962. (Photo: ABC 7)

After the shooting, the suspect fled on foot to a car that was sitting two blocks away. But when authorities arrived on the scene, it wasn’t difficult to locate the suspect, as he left a trail of blood. He was transferred to the hospital, where he received medical attention, is expected to survive, but now in police custody.

At this point, authorities have identified the suspect only as a 36-year-old man.

Tate nor her son were injured during the attempted break-in.