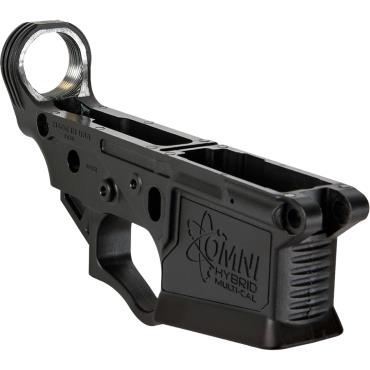 ATI’s case was filed in a New York federal court on March 22 and it alleges that the K-7 Fusion Polymer Rifle System by KSP violates two of its patents.

According to a search of the U.S. Patents & Trademark Office, the specific patents listed in the complaint cover “a combination metal/polymer lower receiver for use in a rifle,” and the other applies to an upper receiver of similar construction. ATI has one other patent registered with the USPTO.

ATI informed KSP of the alleged infringement in writing no later than the day the suit was filed and delivered, the lawsuit says. In the letter, ATI told the company that its patents and the products associated with them “should have been identified by KSP as part of its ongoing efforts to research competitors in the marketplace.”

These polymer-based parts, with a steel insert, are made to facilitate quick attachment/detachment for maintenance. These products are, based on inspection of ATI’s website, currently called the Omni Hybrid and Omni Hybrid Maxx line. ATI sells the stripped components as well as fully assembled rifles containing them.

ATI seeks a jury trial in the matter. The company is requesting KSP be restrained from further manufacture, sale, and use of the allegedly violating products. The suit also demands reimbursement of legal fees, and damages three times the amount awarded by the court.