Store clerk charged with murder after fatal shooting of shoplifter 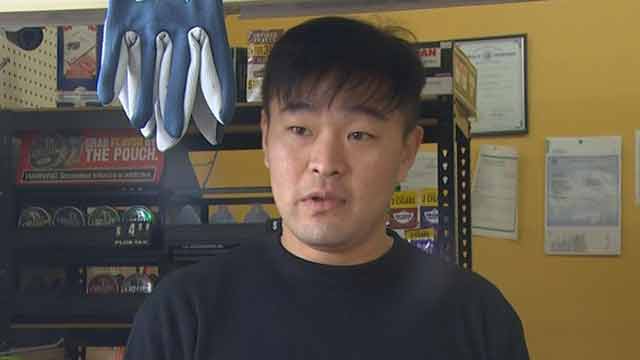 Min Kim claims he acted in self-defense when he shot the shoplifter, but authorities say that doesn’t appear to be the case. (Photo: KING 5)

A store clerk out of Spanaway, Washington, has been charged with second-degree murder after he shot and killed a man who was attempting to steal items from the store Friday night.

After his wife was shot in the stomach during a robbery at Pacific Quickmart a little over a month ago, 30-year-old store clerk Min Kim has been especially on edge, fearful of a similar incident occurring again.

“I am scared. I’m scared of everybody who is walking actually right now. Whoever just walks by I am frightened,” Kim told local NBC affiliate KING 5.

Friday night Kim, who was armed with a handgun, caught a man shoplifting in the store, but once confronted, the suspect dropped the items and put up his hands. Kim said when he realized the man was not a threat, he put away his pistol. But after that, things got sketchy, and authorities say that’s where Kim went wrong.

Detective Ed Troyer, with the Pierce County Sheriff’s Office, said Kim should have then let the man go and called 911, but that is not exactly what happened.

The clerk said he grabbed the man’s jacket and told him to wait there so he could call the police, but at some point, a physical altercation broke out between the two men. Kim claims the suspect was reaching for his gun during the scuffle and he fired in self-defense, but Troyer said Kim shot the suspect twice in the back as he tried to leave the store.

The suspect, who was later identified as 21-year-old Jakeel Mason, died from the gunshot wounds.

Video surveillance, which has not yet been made public, captured the altercation and subsequent shooting. Kim said he does not wish to review the video because it shows him killing a man, but authorities said the actions seen in the video are not consistent with Kim’s recollection of what happened. Troyer said the video shows Kim repeatedly punching Mason, and when Mason tried to leave, Kim shot him.

“This is a tough one because we can understand why the store clerk was on guard. His wife has just been shot there a month before during a robbery attempt and the whole family was upset about it,” Troyer explained. “But that doesn’t give you the license and the right to arm yourself and shoot people who may be involved in shoplifting.”

According to local news station Q13 Fox, Mason had a prior charge for burglary and also pleaded guilty to attempting to abduct a 6-year-old girl in Tacoma.

If convicted, Kim could face a sentence of up to life imprisonment.