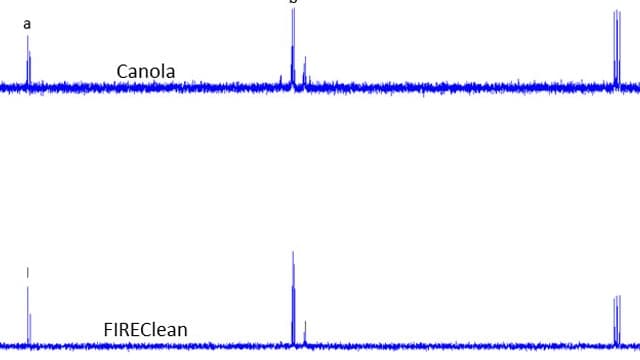 Lubricant maker FireClean filed libel claims against two separate groups that, through testing of their own, said the chemical makeup of the company’s staple product was akin to the popular cooking oil.

The company filed both lawsuits in a Virginia federal court on March 17. One against writer Andrew Tuohy, who operates Vuurwapen Blog, and his cohort Everett Baker. The second was against lube maker Steel Shield Technologies and its owner George Fennell.

According to court documents, since both groups published materials last year attacking FireClean by asserting its product’s chemical composition was cooking oil it has lost more than $25,000 per month in revenue. In both cases, the assertions were supported with in-house research, which the company says provided inadequate and false results.

In the Tuohy case

FireClean filed a 52-page complaint against Tuohy and included 159 pages of evidence, which comprised of articles, test results and social media comments.

Touhy published an article in September 2015 entitled, “Lies Errors and Omissions; Infrared Spectroscopy of FireClean and Crisco Oils,” that states “FireClean is nothing more than Crisco vegetable oil,” the lawsuit says.

The article includes graphics showing FireClean’s chemical structure identical to that of Crisco. Tuohy said he obtained the data with the help of a college professor with a Ph.D in chemistry, but did not identify him by name.

The article spurred a number of reposts online by gun blogs and websites aggregating the materials and stating the conclusions as fact.

The lawsuit is critical of the testing and its adequacy. “Tuohy’s published analysis did not include any controls, nor did it analyze any other substances, whether plant or vegetable-based, or otherwise,” the lawsuit says.

“The analysis failed to evaluate whether many oils or oil blends would have similar basic patterns. The similar spectra for different Crisco oils … should have been an obvious indicator of the unsuitability of this analysis,” the lawsuit continues.

The lawsuit says the two conspired to falsely curate the results in order to injure FireClean.

In a Go Fund Me page, Tuohy is raising money for a legal defense fund with the goal of $15,000. He’s defending his actions and his findings.

“While there are larger implications for bloggers and journalists here, the bottom line is that Everett and I sought or performed and published multiple rounds of independent testing from three laboratories to answer a question many were asking, then published the results of that testing. The company reacted poorly,” he said in the page’s description.

For libel and slander, FireClean has asked the court for damages that exceed $75,000 in addition to legal fees.

In the Fennell case

FireClean filed a 29-page complaint against Fennell and his Pennsylvania lubricant company that included 124 pages worth of evidence, comprised of test results and social media posts.

Fennell led an aggressive campaign against FireClean starting in June 2015 in an effort to promote his own products, the lawsuit said.

On his Facebook page, Fennell shared comments and videos where he said he tested and then compared FireClean to not just Crisco but also Pam cooking spray and other cooking references.

In some examples, he said FireClean will “thicken, dry out, and form an organic polymer or ‘plastic,’” and that FireClean “will cost someone their life someday,” the lawsuit says.

For relief, FireClean is seeking three times the amount in damages that the court deems necessary in addition to legal fees.