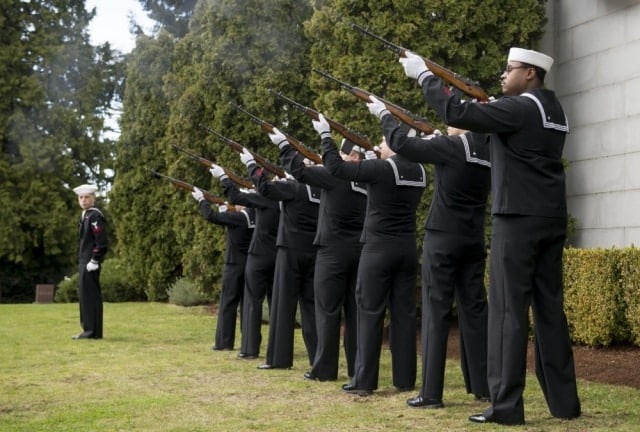 Danish-born Emil Fredreksen was the recipient of a rare peacetime Medal of Honor in 1906, but died alone and was left in an unmarked grave in Washington until this month.

Fredreksen emigrated to the U.S. in his youth and volunteered for the Navy in 1897. On the morning of July 21, 1905, his ship, the gunboat USS Bennington, suffered a catastrophic boiler explosion that killed or seriously wounded more than half of the ship’s crew in what was considered at the time the worst peacetime disaster in the service’s history.

For “extraordinary heroism displayed at the time of the explosion” Fredreksen was bestowed the Medal of Honor in 1906.

Continuing his service, he retired from the Navy in 1930 and died in 1950 with no known next of kin.

Fredreksen was buried in an unmarked grave with no headstone in Section R, Lot 0609, Grave 12, at the Evergreen Washelli Cemetery in Seattle, Washington and had remained that way until March 25 when an honor guard of bluejackets from nearby Naval Base Kitsap fired a salute over Chief Watertender Emil Fredreksen’s newly installed military marker as part of a graveside service.

The Washington State Department of Veterans Affairs, the U.S. Navy, Gov. Jay Inslee’s office and the  Medal of Honor Historical Society of the United States coordinated the service.

“Throughout our country’s history, courageous men and women of the Evergreen State have answered the call to protect and defend justice, liberty and the freedom we hold so precious,” said David Bloch of Inslee’s office during the ceremony. “Rising above the call of duty, at the risk of grave injury and loss of life the celebrated few of these fearless service members distinguish themselves as heroes in the eyes of there comrades.” 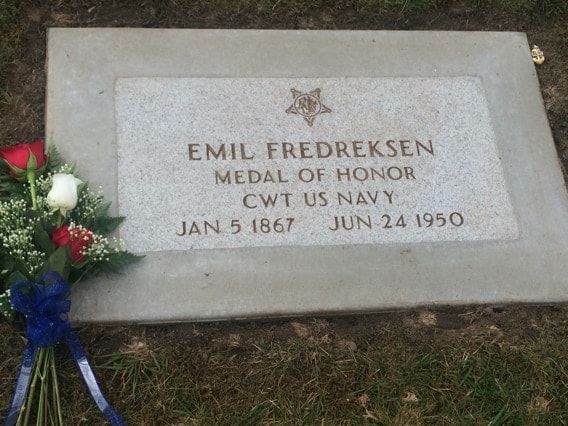