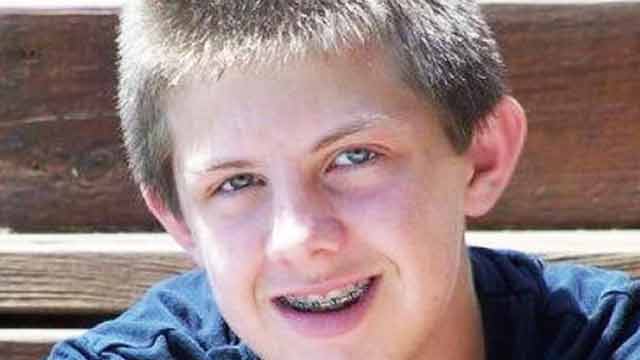 Zachary Hammond, pictured here, was not even the focus of the narcotics operation, but rather the woman riding in the front seat of his car. (Photo: Fox Carolina)

The family of a 19-year-old man who was shot and killed by a police officer in Seneca, South Carolina, last summer during an attempted drug bust has reached a $2.15 million agreement in their wrongful death lawsuit, the Associated Press reported Wednesday.

Zachary Hammond was on a date with Tori Morton, 23, on July 26, 2015, when the shooting occurred in the parking lot of a Hardee’s restaurant. Dash cam footage, which can be seen below, shows Seneca Police Lt. Mark Tiller pulling into the parking lot as an undercover officer attempted to purchase illegal drugs from the couple.

Tiller pulled his cruiser up behind Hammond’s vehicle and, almost immediately, Hammond slammed his car in reverse and attempted to flee. As Hammond tried to drive away, Tiller stood near the front of the teen’s car, yelling at him to stop and put up his hands. As Hammond continued to flee, Tiller fired his service pistol, striking the teen twice, once in the shoulder and once in the chest, according to reports from local media.

Morton was found to be in possession of 10 grams of marijuana and arrested on a simple charge. Hammond died as a result of the gunshot wound to his chest.

Tiller maintains he acted in self-defense when he feared Hammond was attempting to run him over with his vehicle. Seneca Police Chief John Covington stands behind Tiller’s self-defense claim, and the settlement does not admit fault against Tiller, Covington or the city.

Nonetheless, while Hammond’s mother, Angie, agrees her son was in the wrong for not stopping as instructed, she does not feel Tiller’s use of force was justified.

“If an officer does tell you to stop, stop,” the teen’s mother said. “That was wrong. But it wasn’t worth him losing his life for.”

Hammond’s family, as well as their lawyer, also expressed frustration over the lack of outrage following their son’s death.

“It’s sad, but I think the reason is, unfortunately, the media and our government officials have treated the death of an unarmed white teenager differently than they would have if this were a death of an unarmed black teen,” Eric Bland, the family’s attorney, told The Washington Post. “The hypocrisy that has been shown toward this is really disconcerting.”

Bland went on to say, “The issue should never be what is the color of the victim. The issue should be: Why was an unarmed teen gunned down in a situation where deadly force was not even justified?”

Tiller remains on administrative leave, as is standard protocol with officer-involved shootings, while the incident continues to be under federal investigation. State prosecutors, however, will not seek charges against Tiller.

Nonetheless, Angie Hammond said the family is glad to have settled with the city and they are ready to move on with their lives, but their journey is far from over.

“No parent should ever have to investigate their child’s death,” she said. “Our grief doesn’t end here. We still have a long and hard journey ahead of us.”