Interview: A gal, a huge rifle, a passion for curios and relics (VIDEO)

Earlier this month we brought you footage of Mae from C&Rsenal shooting a giant T-Gewehr anti-tank rifle, now we sit down with her to find out more.

Chris Eger: Can you tell us more about C&Rsenal?

Mae: C&Rsenal began in 2010 when Othais took his personal collection research online in the form of articles and images. He was obsessive about finding better and better sources and improving his photography in order to capture just how important he thought these pieces were.

I was an early supporter of his hobby and liked tagging along on trips to meet other collectors and museum staff to photograph new pieces for his articles. When he chose to move to video, I volunteered to be the designated shooter so that he would be free to work the cameras and microphones and because I was a better height to match the era.

About the same time The Great War, a WWI documentary series on YouTube, approached us for some images. Othais offered to center the new Primer video series on WWI from the start and we worked up a collaboration. So now, we’re knee-deep into pre-1918 firearms with the added help of Jay and Suzie who assist with filming, finding guns, and hand loading ammunition. Plus some other remote supporters who have been donating cash, research time, or their own expertise to the project!

Chris: How long have you been interested in shooting?

Mae: I grew up in the South with a gun-friendly family, so shooting never stood out as an unusual activity. I’d say I took it for granted for much of my life. After spending time with Othais and the historical guns, I was much more curious and reinvested myself. This expanded to personal defense and sport shooting as well, but mostly I use up my range time on filming these days.

Chris: Why the interest in Curios and Relics, particularly?

Mae: Going to school in Charleston, SC I had a love for history. When it comes to homes, cars, motorcycles, and guns, older is just better to me. I like it when they have the weight of years on them. Knowing a simple Steyr M95 has outlived an empire, lost in some bloody conflict a century ago just adds to the mystique.

My youth was all milder sporting guns, designed for recoil management and ease-of-use. When I started shooting the older guns, I realized they had a lot of character. Few of them work exactly alike and the ergonomics aren’t always great.  They roar loudly, belch rich smoke, and buck fiercely.

I know they can’t realistically be fired forever, but you’d be surprised how many little bits of knowledge are lost when what was once commonplace stops. I tend to mourn lost history. 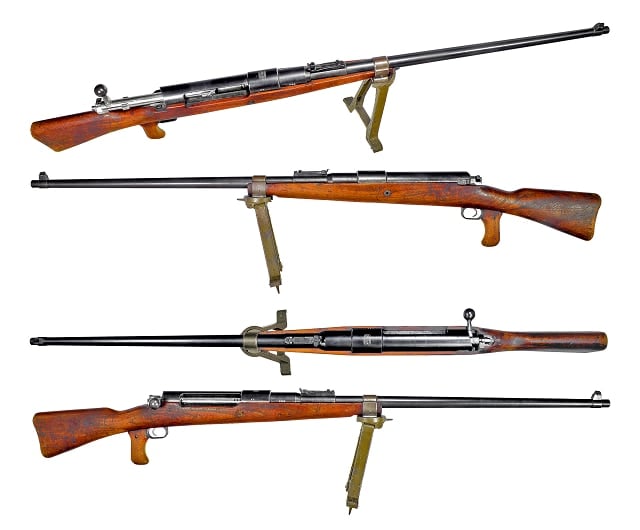 Mae: There are some stages here. The very first instant requires an explanation. You see every round failed to fire and each had displayed what we thought to be a nice, deep strike on the primer. So we really thought we had duds at that point and were already discussing how to reload them. But we decided to give each a second strike in the hope of getting one shot on camera. I chambered one for a second try and didn’t think much of it, I’d felt nothing but “click” five times now. What I got was quite the opposite. So for the first millisecond, I was frankly startled.

Because of our schedule we HAD to film that day and poor Othais had a 100+ degree fever on range (turns out it was the first day of the flu) and had setup to get a high-speed shot of my face. Well that put him to my right, tucked safely just behind the muzzle, but close enough to get a bigger dose of noise than anyone else. We didn’t get it on camera but his standing straight up, eyes finally in focus for the first time all day was my favorite reaction.

After surprise came elation. It was that sense of exhilaration from firing my first full-sized rifle cartridge all over again and then some. I haven’t had any trigger time with a .50 or anything else of this scale. Usually I can’t help but compare guns within a class, but I had no benchmark. I’m extremely eager to get some more impressions on some other anti-tank guns. 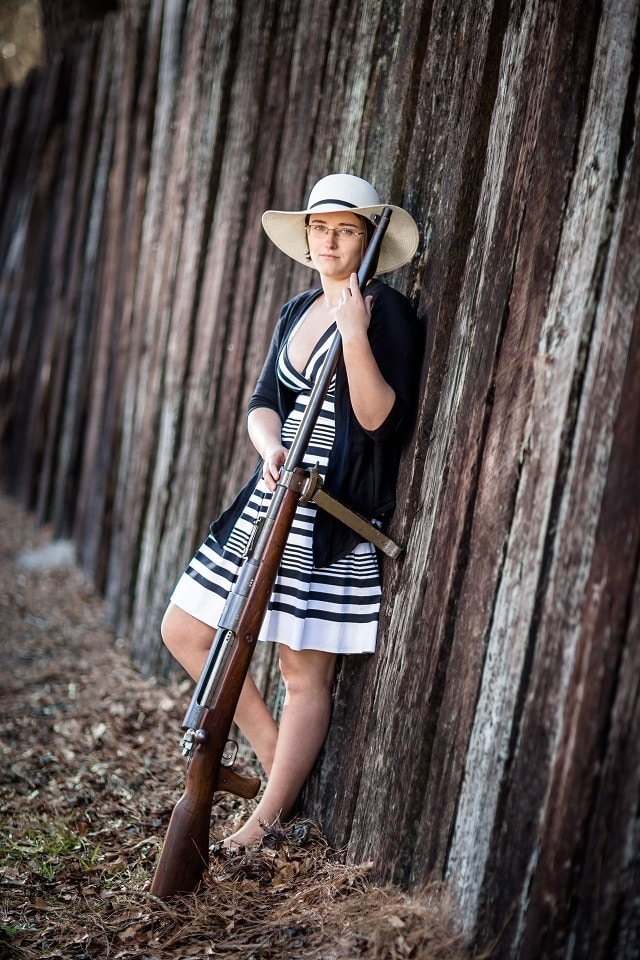 Chris: How hard do you think it would be to hit a moving target (say a WWI era tank) with one of these guns?

Mae: Honestly, for me the sights were clean and the gun hit dead on. With our limited range, I can’t speak to how much lead you’d need to use, and being a single shot it would take some effort to “walk” a target, but otherwise I’d find it quite doable.

Luckily, for the Germans I’m pretty sure the tanks were usually coming head-on.

Chris: How did you feel the next day after firing the M1918?

Mae: I had a nickel sized shallow bruise. I couldn’t feel it but did see it in the mirror. The only pain was actually from my cold the week before, I coughed so many nights in a row I had bruised a rib, so that was a bit agitated after firing. I’d say you’re in for more pain from the sniffles than from a few rounds from this rifle.

However, we did have the foresight to give me standing room. I hear prone shooters risked their collarbones. I know I’ve seen videos of seated shooters and it looks like their backs get a good stretch. I had room to let my shoulders shift and my knees and hips carry some load. 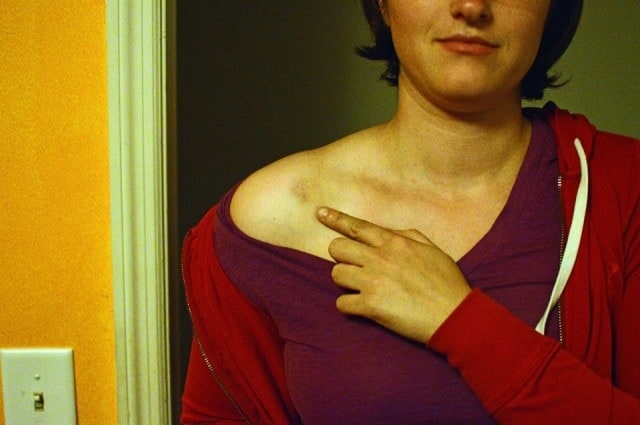 Not bad considering it’s a 13mm

Chris: Can you tell us about the 13mm T-Gewher TuF rounds you guys used? Were they vintage or hand loads?

Mae: The original owner loaned us the rifle and gave us five cartridges to use. He had received them with the gun and we were certain we could find more somehow. It was a dead end. The cost of any one attempt would have been way over just being careful with what we had.

So these were 70’s era reloads. The only trouble was we had no original jacketed bullets with hardened steel inserts. So while it hit hard, everything mushroomed. We did make one “Bubba Armor-Piercing” round with some scrap 1/8″ tool steel. It did a lot more damage but no punch through.

Only after filming did our German book with the cross section cartridge photos show. Of course it turns out they were like 75 percent steel. 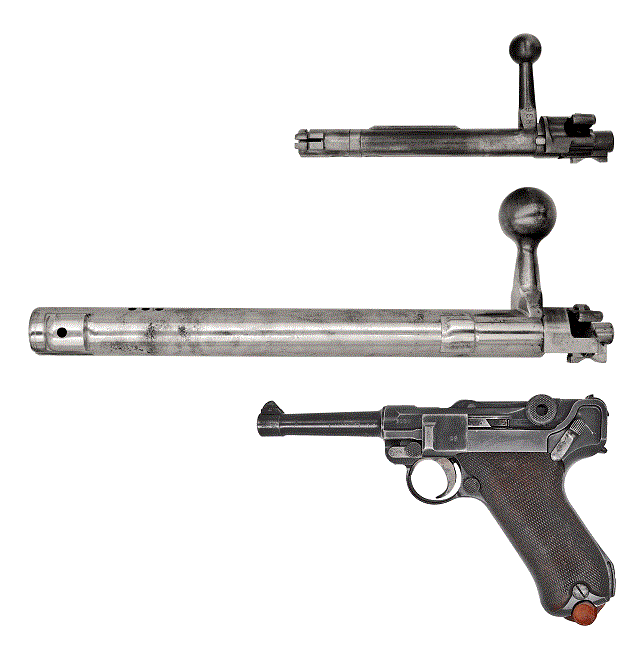 The T-Gewher’s bolt, center, compared to a Mauser’s and a P08 Luger for size. (Photo: C&Rsenal)

Chris: What is the best remaining deal out there for those looking to get into C&R collecting? (i.e. Mosins, South American Mausers, etc.) and why?

Mae: Trying to hoard them all from big retailers just isn’t going to get you the same value as getting out and being in the community. There really is no big, commercial deal for these kinds of things.  The best deals are the ones you make with friends over at the gun show or maybe if you get lucky on an online listing. For anything you’re curious about, buy a book first.  Do your homework.  Then just relax and look around. Eventually something nice will float by for the right price.

Collecting has helped me make a lot of friends.

Chris: Do you recommend a C&R license?

Mae: While many people will always worry about being tracked through these, I think as they stand with the self-maintained records, the C&R licenses are well worth their inexpensive price.

Although sometimes the mailman doesn’t always get it. Keep an eye on the tracking info.

Mae: I actually have a soft spot for my MAS 49/56.  It’s a rugged but manageable old school battle rifle.  Plus the short stock is really comfortable. 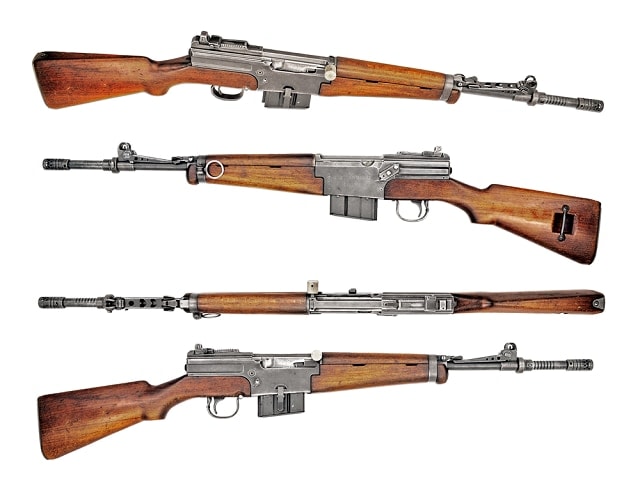 The Reichsrevolver 1871 is my nemesis. Everything about it hated me. I’d rather defend myself with a pool noodle. 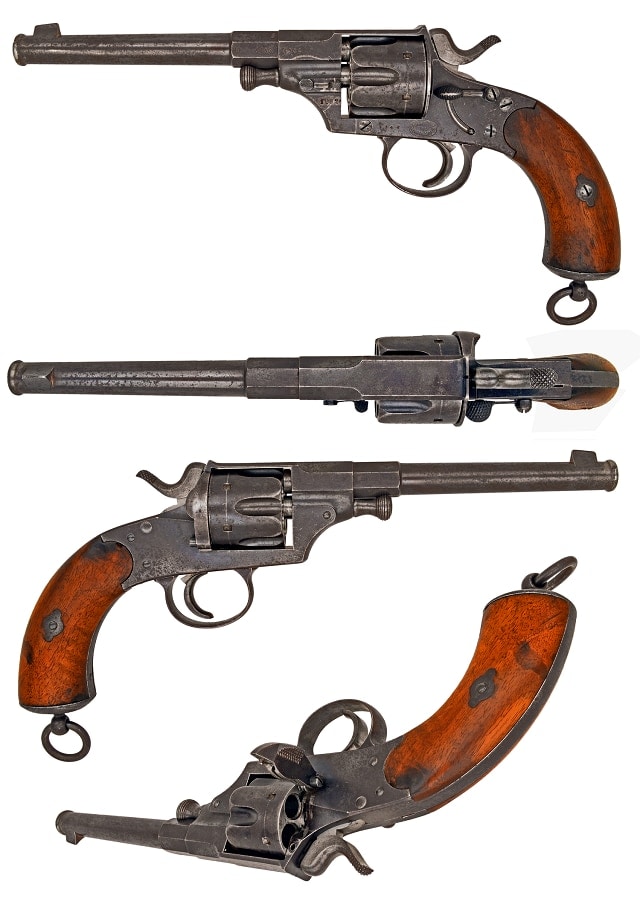 Chris: What’s on your bucket list to shoot moving forward?

Mae: Obviously, I want to survey the world of anti-tank rifles now. But going forward I’m excited to get into the machine guns of WWI. There is some level of standardization going on with the pistols, the rifles are very settled, but the MG’s were still very much in development and there are so many loading systems and controls to work out! 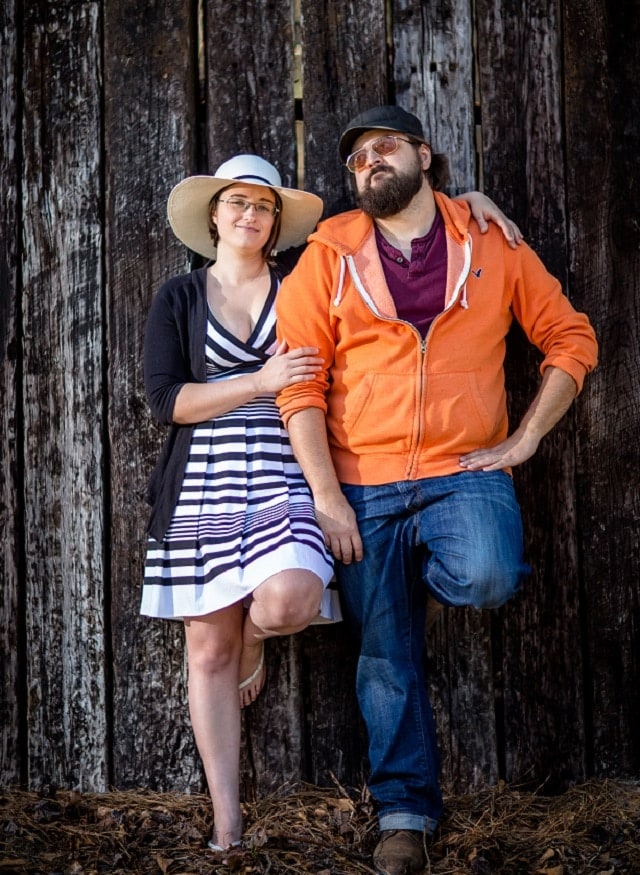 For more on C&Rsenal, Mae and Othais, visit them on Facebook or at their excellent website, and check out the full review on the T-Gewher below.