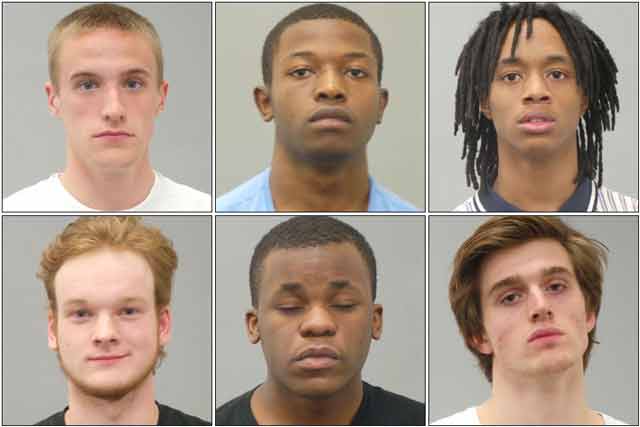 Six teens are facing charges after they took place in a home invasion robbery at a St. Louis apartment Saturday night while wielding two AK-47s, among other weapons.

Authorities say the robbery took place around 10:30 p.m. and the teens were acquainted with the victims, whose wallets were stolen.

The teens were identified by the victims in a photo lineup, and the rifles, as well as a Glock handgun and other weapons used during the commission of the robbery, were recovered from a truck belonging to one of the teens.

The suspects were charged with robbery, burglary and armed criminal action, and are each being held on a $250,000 bail.