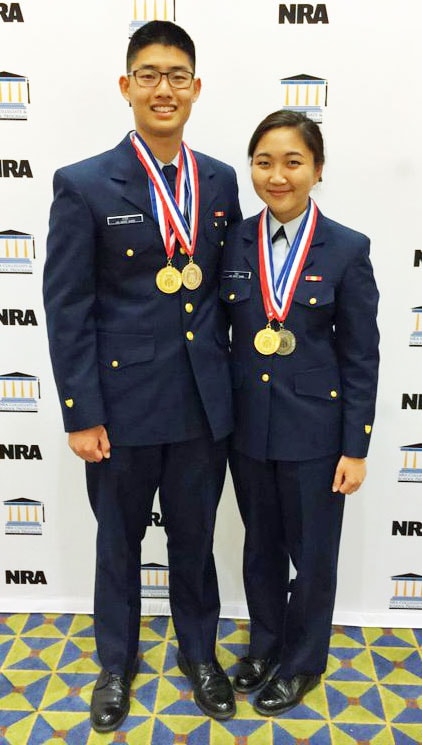 “The Coast Guard shooting program is developing into a national powerhouse. Helen and Brian have tremendous experience and the potential to be Olympians in 2020,” said Richard Hawkins, the academy’s rifle and pistol coach.

Oh said her win was especially rewarding as a result of “long hours of practice and sacrifice.” She emphasized the value of the sport in her life, stating, “through pistol shooting I have learned to handle pressure and stay strong mentally within any circumstance. It has helped me build more confidence in myself and in leading others.”

Hawkins said he is confident the duo can do even more. “Helen Oh and Brian Kim are our top pistol shooters and they both competed for the United States at the World Championships in Granada, Spain in September 2014. Helen and Brian have tremendous experience and the potential to be Olympians in 2020.”